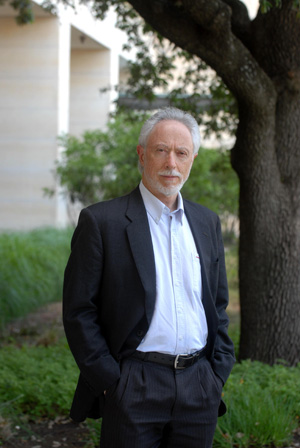 The Ransom Center has acquired the archive of Nobel Prize-winning writer and University of Texas at Austin alumnus J. M. Coetzee. Spanning more than 50 years, the archive traces the author’s life and career from 1956 through the present.

“My association with The University of Texas goes back almost half a century,” said Coetzee. “It is very satisfying to me to know that my papers will find a home at the Ransom Center, one of the world’s great research collections.”

Coetzee was born in Cape Town, South Africa, in 1940 and graduated from the University of Cape Town. After working three years as a computer programmer in England, he enrolled in The University of Texas at Austin in 1965 to pursue his Ph.D. in English, linguistics, and Germanic languages, which he earned in 1969. While at the university, he conducted research in the Ransom Center’s collections for his dissertation on the early fiction of Samuel Beckett.

Coetzee is an acclaimed novelist, academic, and literary critic. Influenced by his personal history of growing up in South Africa, he writes with strong anti-imperialist feelings. He has published 13 books, including Life & Times of Michael K in 1983 and Disgrace in 1999. Both novels received the Man Booker Prize, awarded each year for best full-length novel, making Coetzee the first author to receive the award twice.