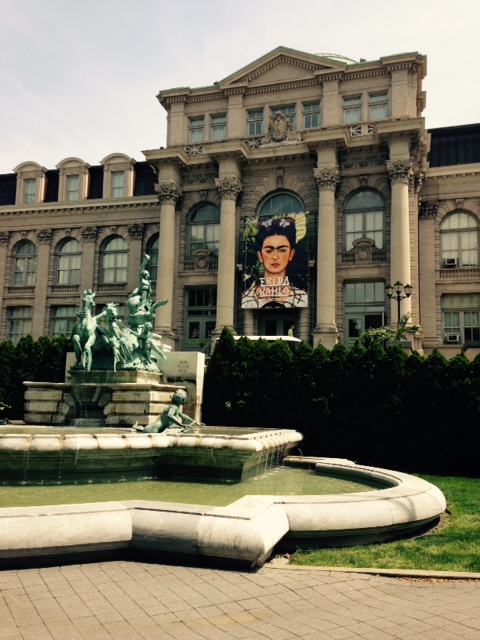 Frida Kahlo’s Self Portrait with Thorn Necklace and Hummingbird and Still Life with Parrot and Fruit, from the Harry Ransom Center’s Nickolas Muray collection of Mexican art, are currently on view at the New York Botanical Garden’s exhibition Frida Kahlo: Art, Garden, Life. Running through November 1, the exhibition opened in mid-May and features a re-creation of Kahlo’s garden at her Mexico City home, Casa Azul, which she shared with her husband, Diego Rivera. Together with the garden, the exhibition features about a dozen of Kahlo’s paintings and a few of her works on paper.

The self-portrait, the hub of this exhibition, shows the artist in traditional Mexican peasant garb, with her head and shoulders before a screen of leaves. With a monkey on one shoulder and a cat on the other, she is wearing a necklace of thorns that pierce her neck, hung with the amulet of a dead hummingbird.

I spoke with Dr. Adriana Zavala of Tufts University, the curator of this exhibition. Zavala is an associate professor of art history, specializing in modern and contemporary Latin American art, the art of Mexico, and gender studies. Her 2010 book Becoming Modern, Becoming Tradition: Women, Gender, and Representation in Mexican Art received the Avery Prize by the Association of Latin American Art in 2011. 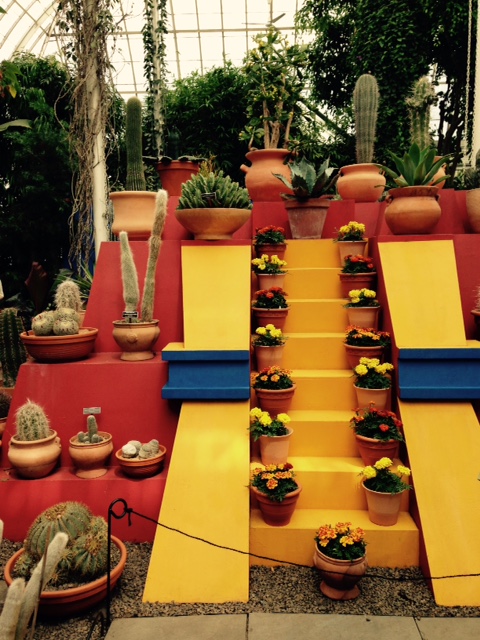 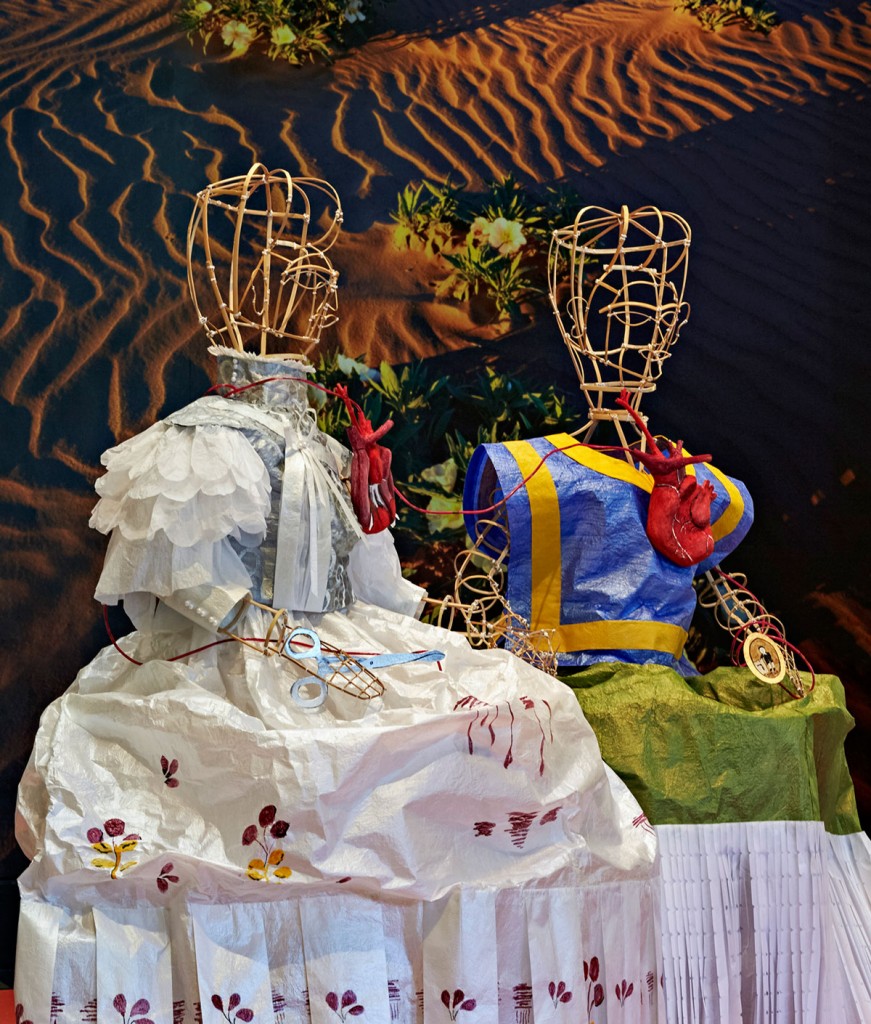 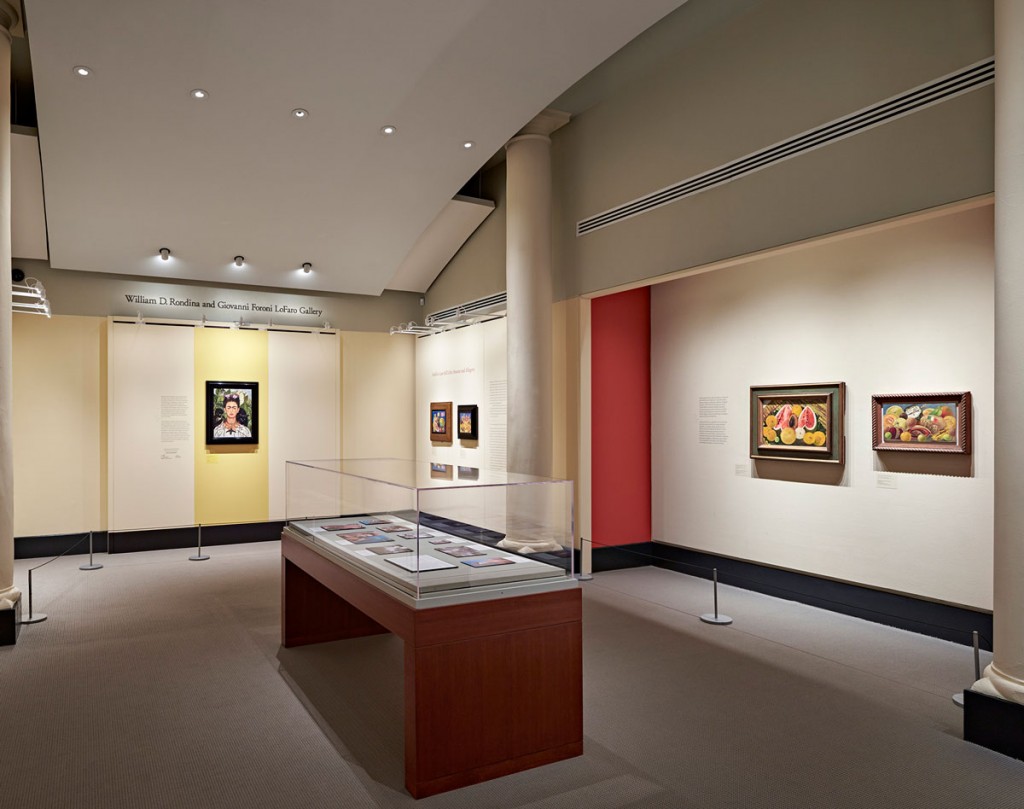 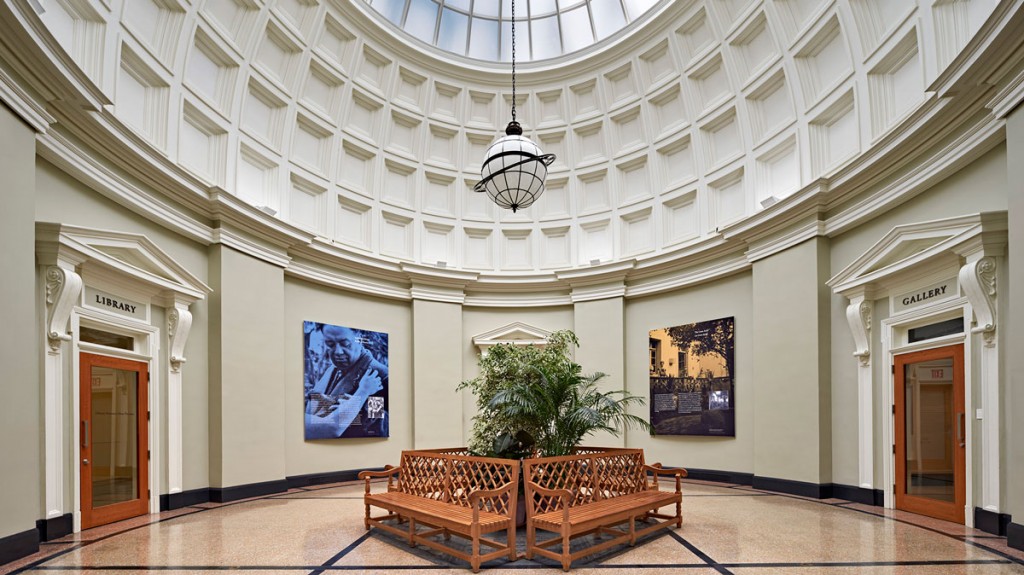 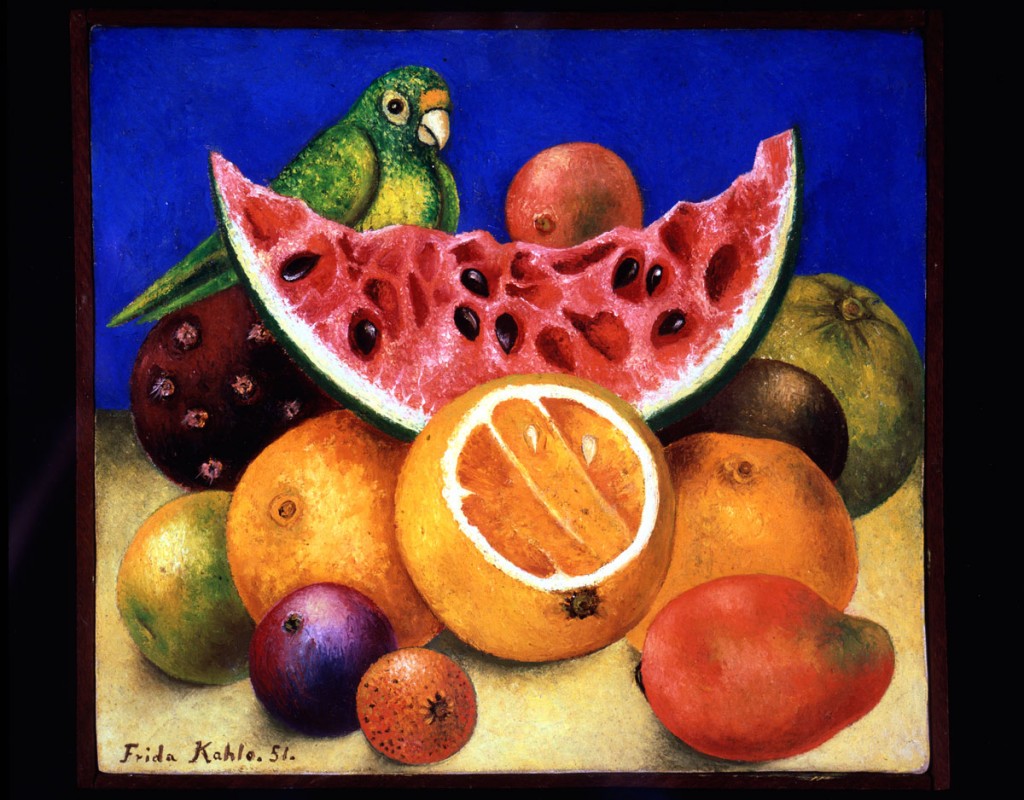 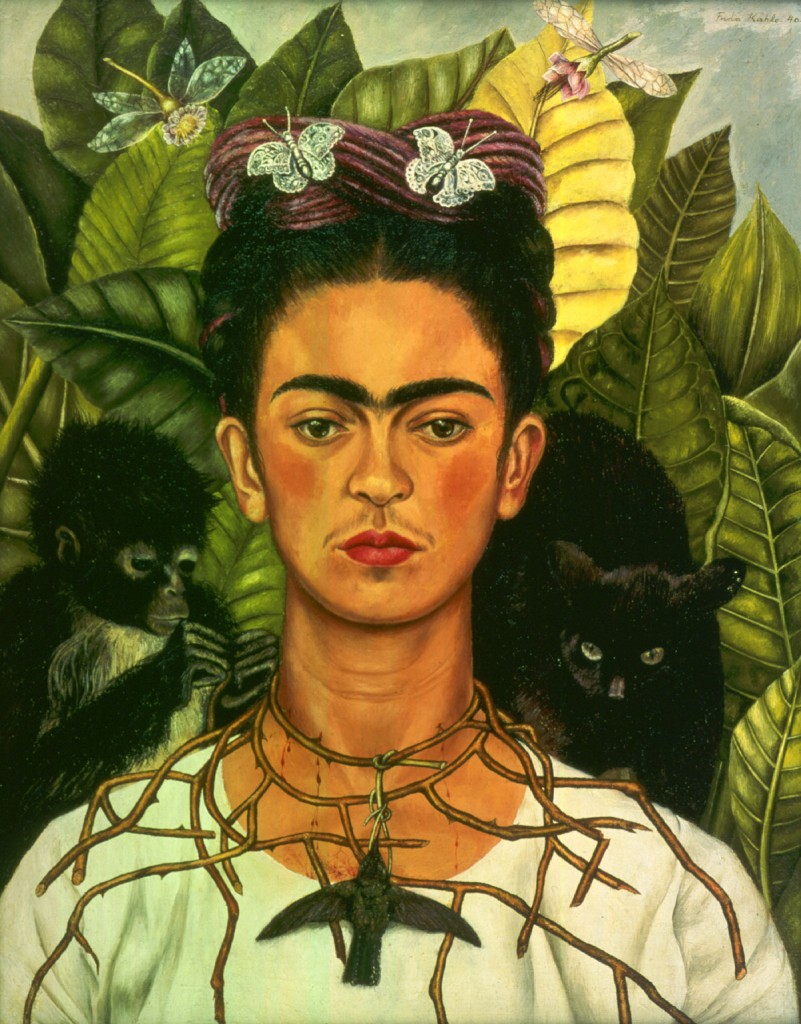 What led you to choose the Ransom Center’s Thorn Necklace with Hummingbird for this show?

The very first thing that I did was that I assembled a long list of Frida Kahlo’s work where it was really evident that she was not only engaging with the natural world but using natural elements—particularly plants, but animals as well—as a sort of springboard for creativity. I was looking at all of the self-portraits, and that one immediately rose to the front of the pile.

So I think about the Ransom Center’s Self Portrait with Thorn Necklace and Hummingbird as in dialog with that concept. Here is evidence of the way that at various moments in her career, in numerous works, Kahlo actually was experimenting with depicting herself as a human-plant hybrid. I now look at this painting as Kahlo emerging as a kind of human plant out of this tropical environment.

When I was informed by the registrar at the Ransom Center that they were going to lend us this painting—and not just this painting, but both of their paintings—it was literally one of the great moments of my career. And at that moment, I said “If I had only one Frida Kahlo painting, if it’s this one, I can make a narrative.”

What are the main ideas that you’re hoping to convey through this exhibition?

The way I articulate that at the highest level is Kahlo’s interest in the notion of hybridity. In the Mexican context, hybridity becomes a very important concept in the Twenties. Revolutionary intellectuals are reformulating their understanding of Mexican national identity. They are now trying to give pride of place to Mesoamerican and indigenous and Indian culture, in a context that, prior to the revolution, had really suppressed that root of Mexico’s heritage to prioritize the Hispanic or the European.

It’s important to recognize that in the Twenties, when Mexican intellectuals were championing racial and ethnic hybridity, they were doing so with an acute awareness of the fact that elsewhere in the world there was a contemporaneous discourse that said that racial hybridity and ethnic hybridity was a very negative thing, that it was degenerative.

This painting is one of the most popular attractions for visitors to the Ransom Center. What would you like visitors to know or to think about as they’re looking at it?

Because so many of the interpretations of Frida Kahlo paintings have to do with pain and tragedy and oppression, the conventional interpretation is that the screen of leaves is pushing her into the foreground and creating an oppressive background.

So rather than focusing on the pain of the puncture, think about what the contact means, in a culture where we’re supposed to have minimal contact with plants, minimal contact with pets. I mean, these days, we have pets, right? But for somebody to have pets the way Frida Kahlo had pets, I mean, she had pets with gusto, as I like to say. I mean, she had created a menagerie.

So I want people to try to think about that a little differently. Think about her love of nature. Think about the way she integrates herself to nature. And what might she be trying to tell us about how she feels about nature, given how deeply she’s integrating herself such that her neck is pierced by these thorns.

I’ve been in the field of Mexican art history for 20 years, and I’ve learned so much from this project. Part of what I think we bring across in our show at the New York Botanical Garden is that this is the happy Frida. And Juan Coronel, Diego Rivera’s grandson, said the same thing to me: This is the exuberant, the vibrant, the vivacious, the dynamic Frida Kahlo.

So with the Ransom Center’s portrait, because she’s so serious in her face, you don’t necessarily get that. But if you pair it with Still Life with Parrot and Fruit, showing Kahlo’s pet parrot Bonito, and you ask people to think about the experience of coming to dinner at Frida Kahlo and Diego Rivera’s home, and the parrot walking across the dining room table to eat the butter [his reward for doing tricks]—that makes me laugh. I think about that, I laugh. I sort of recoil, too, because I really don’t want a parrot eating from my butter, but I think it’s very funny!

So I want to seize the opportunity to invite people to think about the fact that yes, Kahlo lived a life of intense emotion, physical pain, political turmoil, personal turmoil—but she created a singularly beautiful house. An environment where, as they acquired new property, [they could] expand the footprint of the original Kahlo family home, and the thing that they expanded most was the garden, the green space. And so that tells us that these were people who cared about the environment, who cared about the outdoors, and who were creating a sort of haven for themselves. And that, to me, is a very life-affirming thing.

So I would love for people to pause and think about the way that Kahlo affirms life in her work.