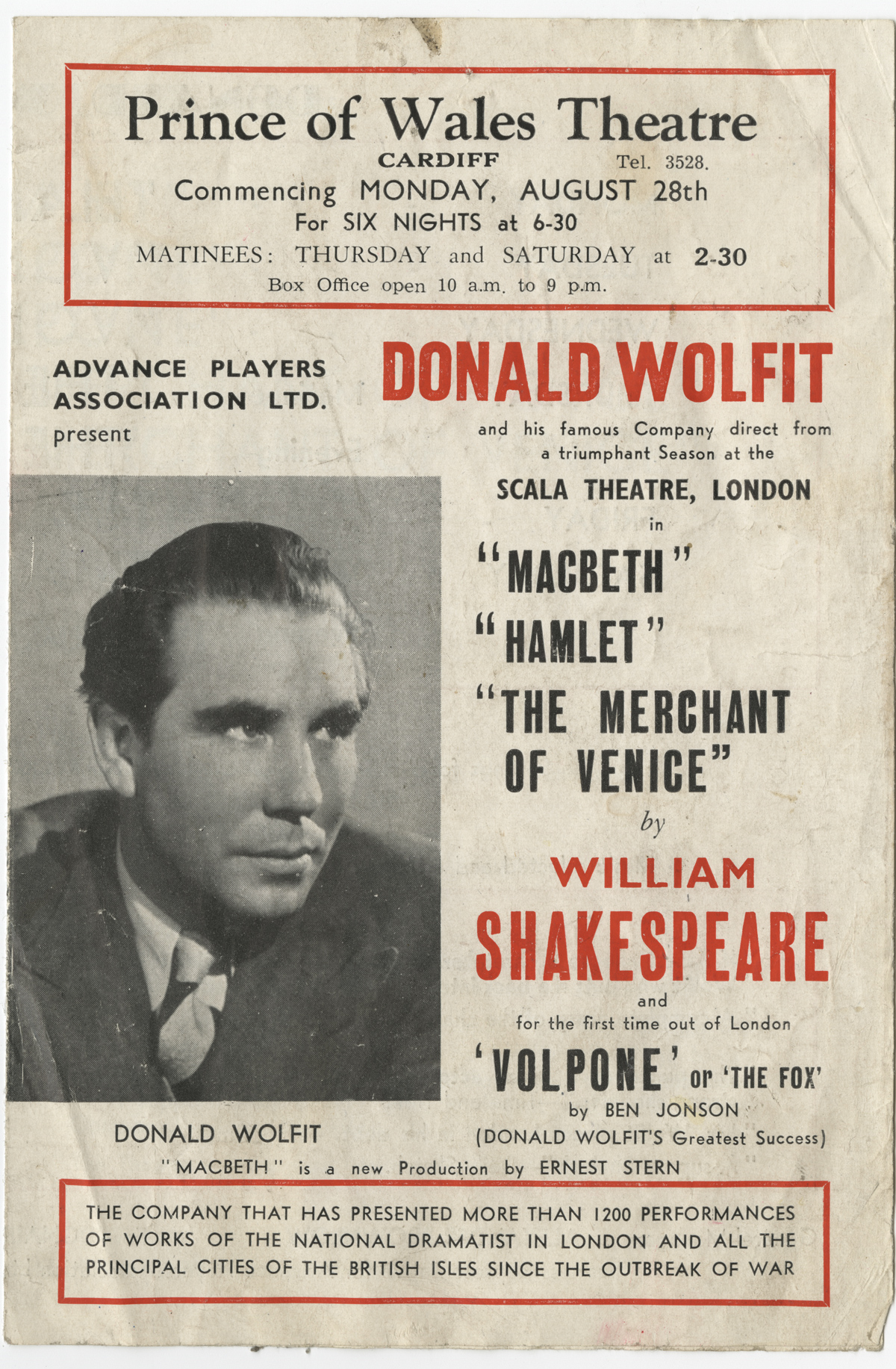 Laurence Raw obtained a Fleur Cowles Fellowship to study at the Ransom Center in Spring 2011. He consulted the papers of British actor Donald Wolfit, which the Center acquired in the early 1990s. Comprising prompt books, stage plots, photographs, letters, diaries, and other ephemera, the Wolfit archive is the largest resource devoted to the actor anywhere. Raw is a professor of English at Baskent University, Ankara, Turkey.

Following my research at the Ransom Center, I published my latest book, Theatre of the People: Donald Wolfit’s Shakespearean Productions 1937–53. The final product is the first biography of the great Shakespearean actor since Ronald Harwood’s work over 40 years ago. I consider Donald Wolfit a highly important figure in twentieth-century British social and theatrical history. Wolfit not only toured Shakespeare around Britain and Europe during times of great stress, but he provided a valuable source of popular entertainment, bringing playgoers of all socio-economic backgrounds closer together in situations where community values assumed paramount significance in maintaining morale on the home front. Denied subsidies by the British government, Wolfit toured with his own money, and by doing so built up the kind of goodwill that was markedly absent from many rival touring ventures. Theatre of the People pays tribute to a man of indomitable spirit, someone whose energy and commitment outweighed any of his faults. Wolfit served as the inspiration for the character Sir in Ronald Harwood’s The Dresser, which was recently broadcast on BBC Two in Great Britain.

To me, this was a labor of love: The research took a long time, but as I worked I began to identify more and more with Wolfit himself as someone who never gave up despite all the physical and emotional obstacles in his way. The Ransom Center’s collections were remarkable for their comprehensiveness; not only did they offer a unique insight into Wolfit’s way of working, but an extensive collection of letters written and received by Wolfit offered me a way into understanding his complex character—at once dictatorial yet insecure, paternal yet self-willed, kind yet ruthless. Many of them had never been used before in any previous work on Wolfit. By having access to them, I believe that I had a better understanding of how he thought and felt.

From a personal point of view, the work in the Ransom Center coupled with the writing of the book had a therapeutic function. I recently had a bout of serious illness, and Wolfit’s example of continuing to work in the face of extreme adversity helped carry me through the darkest moments. Hopefully readers of Theatre of the People will feel the same.

Items from the Donald Wolfit papers at the Ransom Center, such as Rosalind Iden’s gown for Beatrice in the touring production of Much Ado About Nothing, are on display in our current exhibition, Shakespeare in Print and Performance.

The Ransom Center screens Ronald Harwood’s The Dresser (1983) on Thursday, May 12, at 7 p.m., as part of its public programming related to the exhibition Shakespeare in Print and Performance.