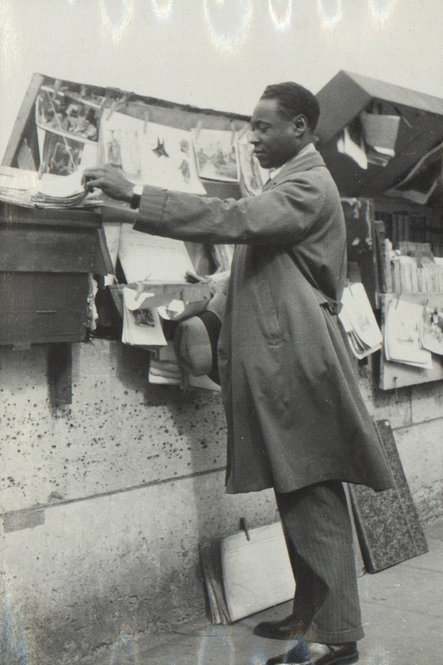 Between 1919 and 1923, much of McKay’s poetry appeared in The Liberator, a socialist magazine at which McKay worked with editor Max Eastman. McKay first published his poem “The White House” in the May 1922 issue along with three other poems. He would later describe “The White House” as part of a series of sonnets “expressing my bitterness, hate and love.”

In 1925, when scholar Alain Locke guest-edited a special graphic issue of Survey magazine called “Harlem, Mecca of the New Negro,” he selected three of McKay’s poems for inclusion. “The White House” was among them. Locke, however, changed the title from “The White House” to “White Houses.” He was afraid that with the original title, the poem might be read as an indictment of the White House in Washington, D.C., and would potentially prevent Jamaican-born McKay, who was traveling abroad, from returning to the United States. (Locke’s fears were not unfounded; the FBI had ordered customs agents not to allow McKay into the country two years earlier.)

In his 1937 autobiography, A Long Way From Home, McKay described his “amazement and chagrin” at Locke’s editorial change. He had asked Locke to remove the poem rather than include it with a title that “changed the whole symbolic intent and meaning of the poem.” The title, explained McKay, was a reference to the “vast modern edifice of American Industry from which Negroes were effectively barred as a group,” not a particular home. McKay claimed it was “ridiculous” to imagine this poem referred to “the official residence of the President of the United States” and that whether he was “permitted to return to America or not, [he] did not want the title changed.” Nevertheless Locke moved forward with publication of the poem as “White Houses” in the Survey Graphic and retained the “White Houses” title when he expanded the magazine issue into the landmark anthology The New Negro (1925).

“The White House” was not included in McKay’s well-received poetry anthology Harlem Shadows (1922). The poem did appear in a 1953 posthumously-published edition of McKay’s selected poems. The title, restored to its original form, was followed by an asterisk pointing readers to a footnote with McKay’s explanation of the poem’s title. Almost 30 years after Locke, and five years after McKay’s death, the title “The White House” still required editorial intervention.

McKay’s poem persists as a powerful contemplation of discrimination and exclusion. It concludes:

Oh, I must keep my heart inviolate

Against the potent poison of your hate.