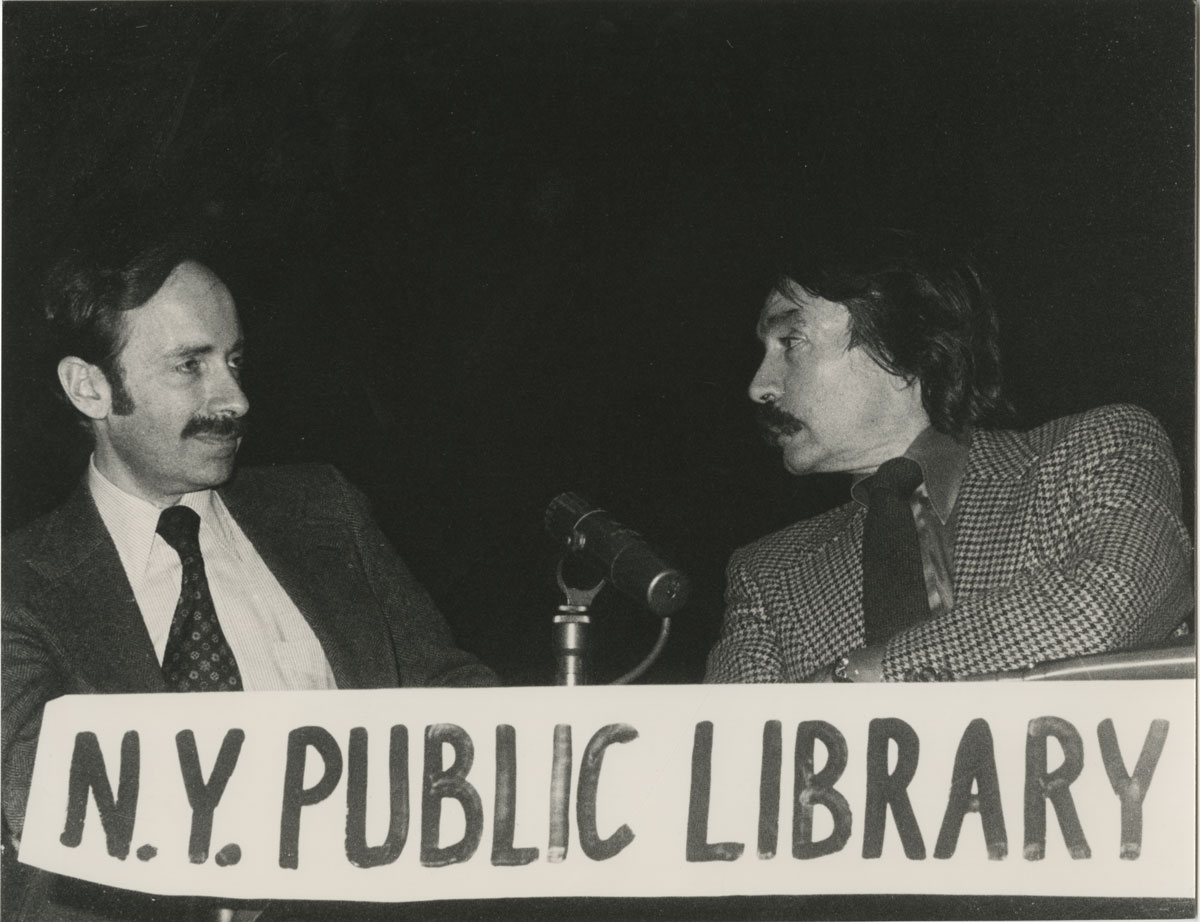 The Council on Library and Information Resources (CLIR) has awarded the Ransom Center a “Recordings at Risk” grant for $24,600, supporting the project “Preserving the Interview Recordings of Mel Gussow, American and British Theater Critic.” The Ransom Center holds the Gussow (1933-2005) papers.

For more than 40 years Gussow was the lead cultural critic for the New York Times. During his career, Gussow recorded interviews with stars and lesser-known figures of the American and British theater. These interviews, recorded between 1980 and 2004 primarily on reel-to-reel and audiocassette tapes, were conducted at various venues largely in and around New York. Some of the interviews served as the basis for Gussow’s publications documenting the careers and processes of noted writers such as Samuel Beckett, Arthur Miller, and Tom Stoppard.

Gussow was among the first to legitimize the off-off-Broadway movement and bring broad attention via the Times to early productions at LaMaMa, the Caffe Cino, and the Living Theatre—discovering writers such as Lanford Wilson and Sam Shepard, and actors Kevin Kline, Meryl Streep, and Sigourney Weaver.

The project supports digitizing 75 of Gussow’s cassette audiotape interviews with actors, playwrights, writers, and directors, and making them accessible via the Center’s digital collections portal. The freely accessible recordings will allow a multi-disciplinary research and teaching community to hear candidly from a range of figures representing American and British theater.

Many of the interview recordings have never been included in publications and have never been heard beyond Gussow and his assistants. The recordings capture theater through the voices of the people who made it, including Katharine Hepburn, Laurence Olivier, Woody Allen, artist Al Hirschfeld, Public Theatre founder Joseph Papp, and playwrights David Mamet, Edward Albee, and David Hare, to name a few.

It is rare to have such an extensive and diverse collection of interviews, made all the richer by an interviewer like Gussow who understood the deep context of an individual’s career and the theater at large. He knew which questions to ask to generate reflection and commentary.

Work on the project begins July 1 and is expected to be completed by January 31, 2018.

The video clip below is not part of this digitization project, but gives a sense of Gussow’s interview style with one of his long-time interlocutors, Arthur Miller. The full video is available for viewing in our reading room.