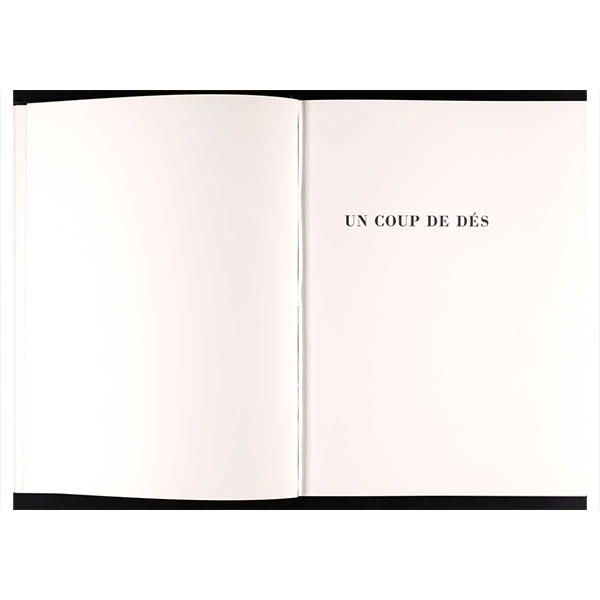 “The literary value, if I may say it, of this span of empty space on the page, which mentally separates groups of words or words themselves, is to periodically accelerate or slow the movement, the scansion, the sequence even, given one’s simultaneous view of the entirety of the page…” (Stéphane Mallarmé, “Observation Relative au Poème Un Coup de Dés jamais n’abolira le Hasard,” Cosmopolis, May 1897, p. 412 [trans.])

Stéphane Mallarmé’s preface to the publication of his 1897 poem Un Coup de Dés is an introduction almost as convoluted as the poem itself. By way of introducing the 20-page free-verse poem to follow, it describes the weight that the empty spaces, varying typefaces, and uneven layout of text contribute to the meaning of the work. In its time the poem was an upheaval of the late-nineteenth-century reader’s visual expectations, and today remains an important work that anticipated the twentieth-century concrete poetry movement.

In preparation for the poem’s original publication in the London-based magazine Cosmopolis, Mallarmé provided exact specifications for the way in which he wanted the shape, size, and spacing of the words to be arranged on the printed page. The poem as a result is structured to act on one level as something of an exploration of vision, in that it directs the eye along an inconsistent track from page to page, top to bottom and across, sometimes moving smoothly and sometimes jarringly. On several pages the placement of words assumes the form of a constellation of stars. On others, the sweep of the text hurries the eye toward the right-most edge of the page, replicating visually the pull of the flow of water to an uncertain destination. 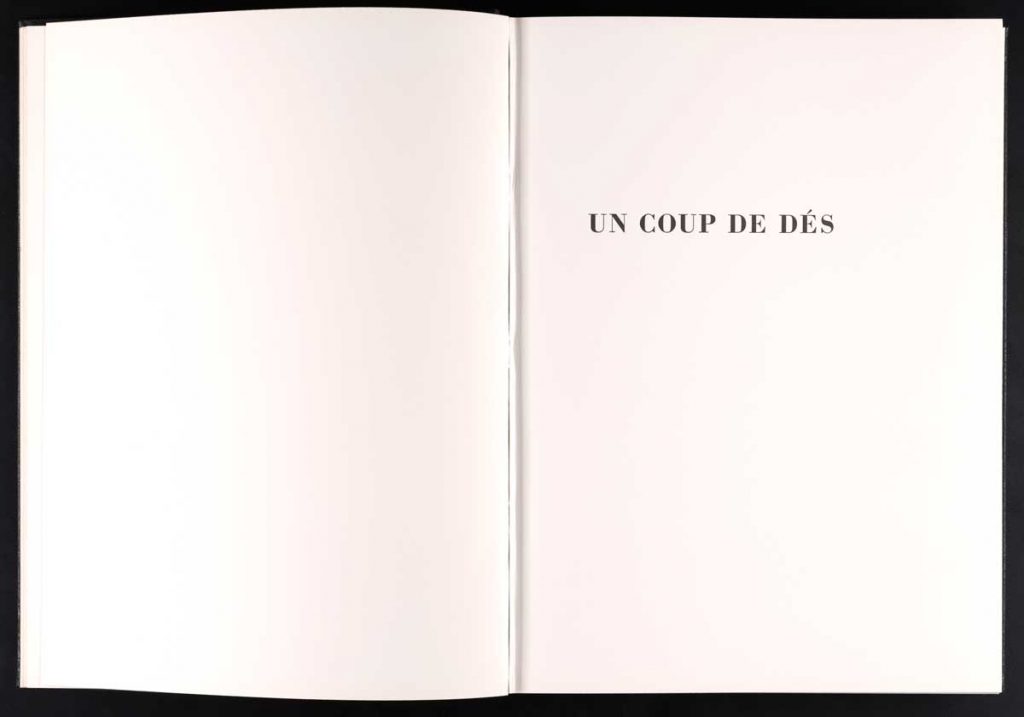 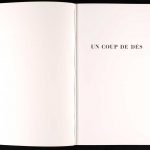 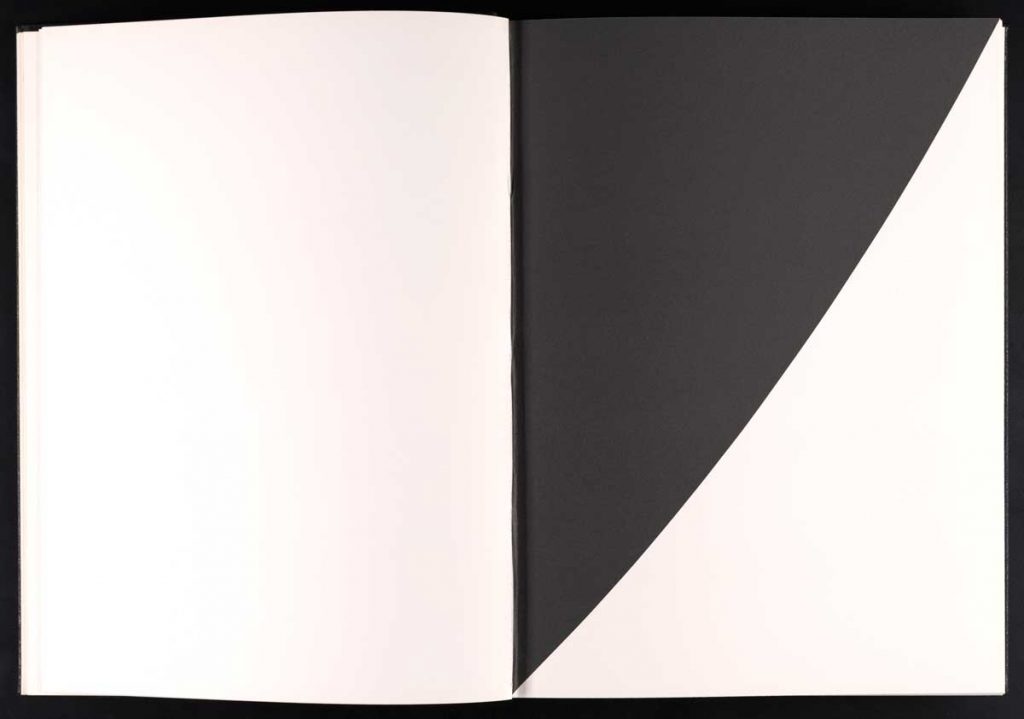 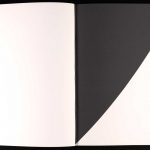 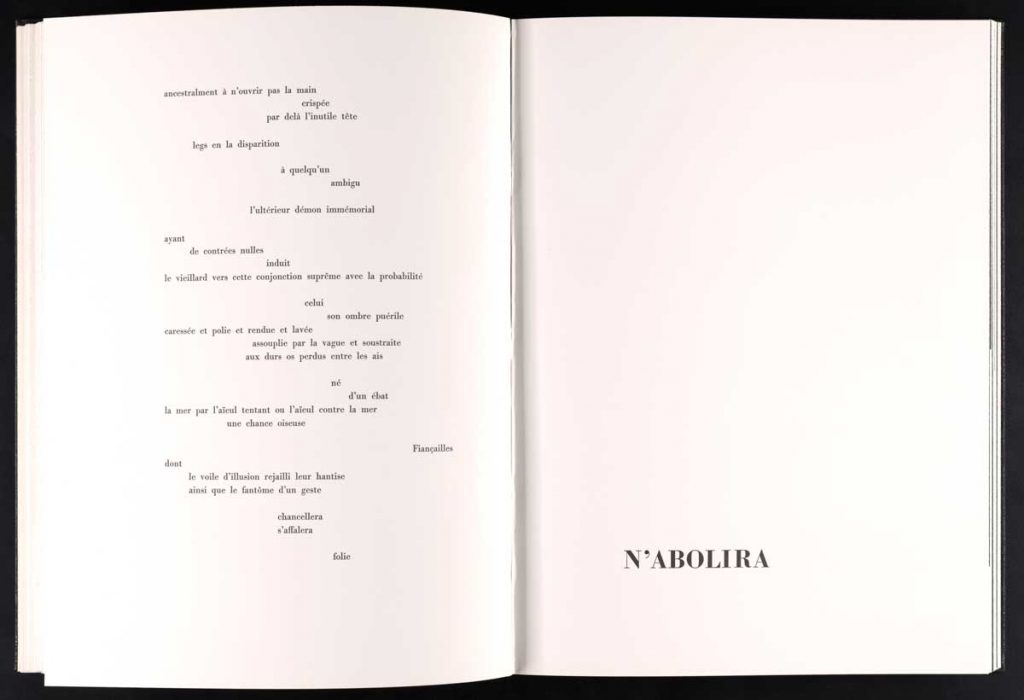 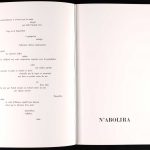 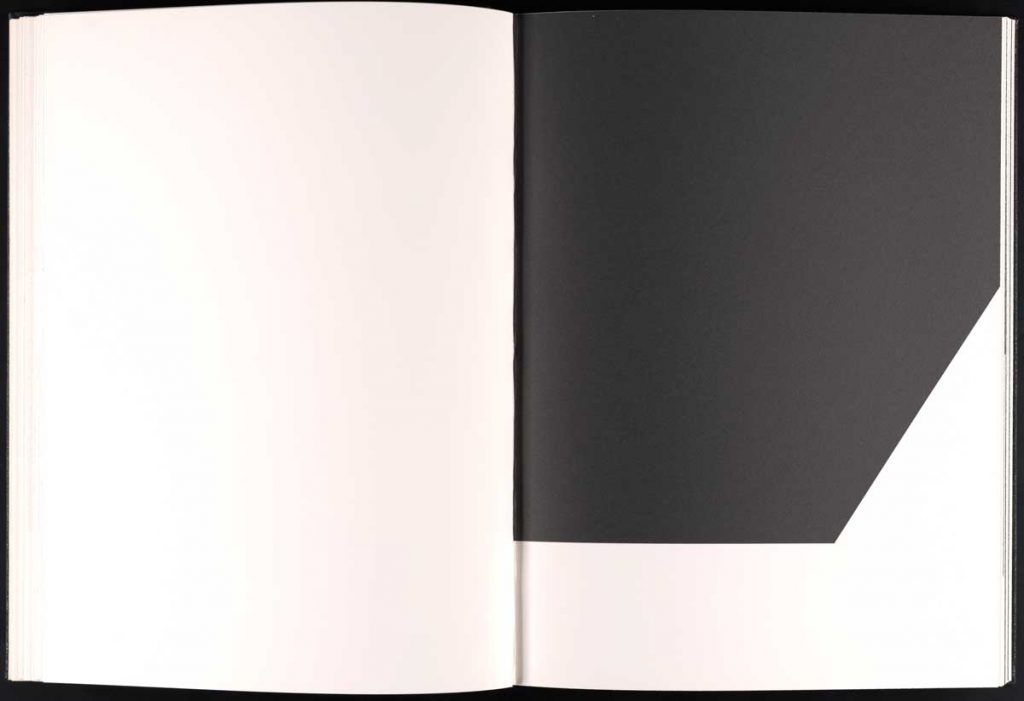 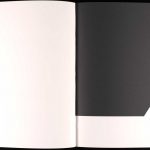 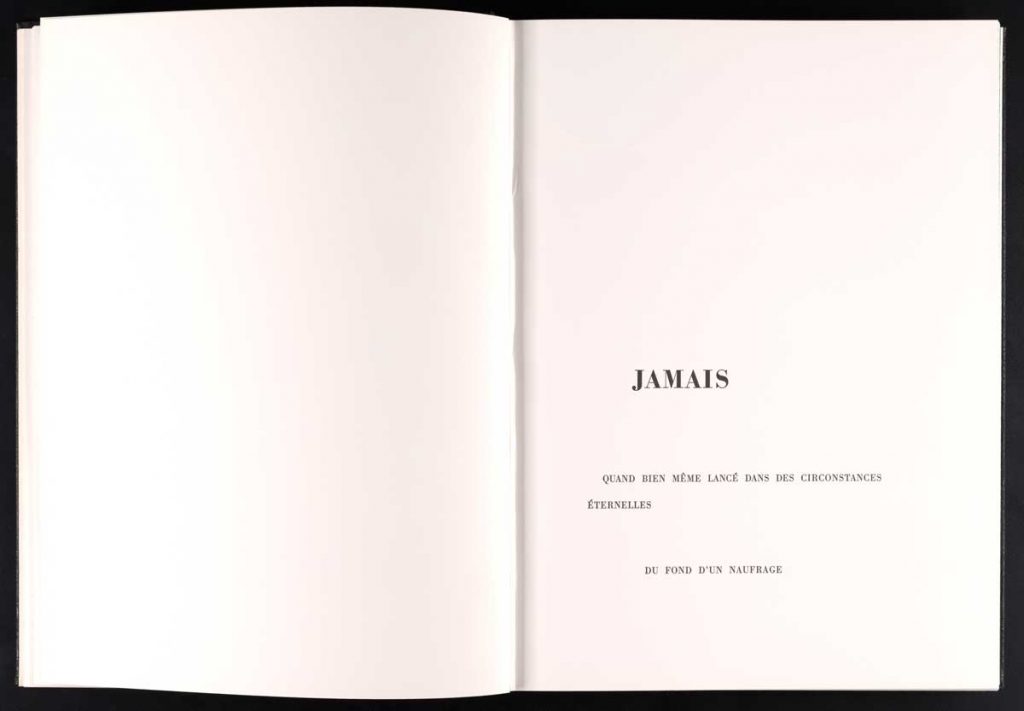 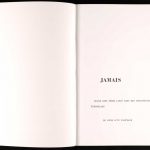 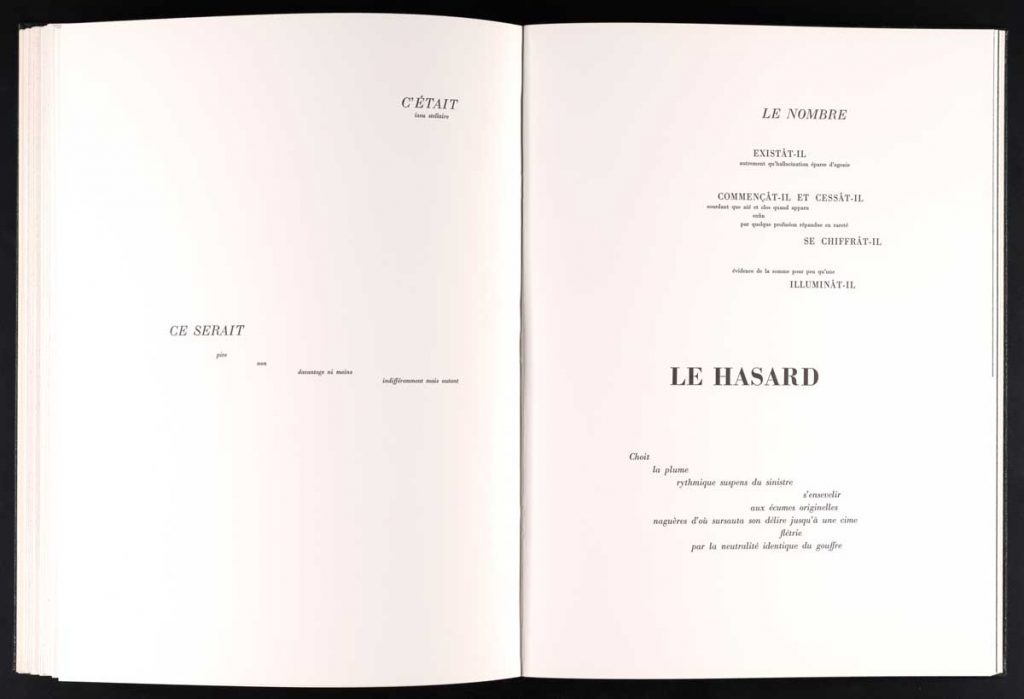 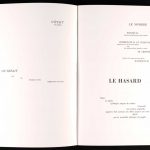 Since it originally appeared in 1897, the poem has been republished many times. Alongside each publication Mallarmé’s intentions for exact layout and typography—and, when the poem has appeared in translation, the English treatment of the original French—have been debated anew. Several of these publications are accompanied by illustrations, which work to expand upon the visual power of the literary work.

In 1992 and under the directorship of Sid Shiff, the Limited Editions Club (LEC) published Un Coup de Dés in the original French. Layout and typographical decisions were made after carefully consulting Mallarmé’s original, hand-written proofs, which are now part of the Houghton Library at Harvard University. The publication features 11 original lithographs by Ellsworth Kelly and is part of the Ransom Center’s collection.

An artist known for his meticulous attention to display settings, Kelly selected the poem (declining Shiff’s original suggestion that Kelly instead illustrate Walt Whitman’s Leaves of Grass), and himself determined the placement of his prints within the publication. A sweeping, harshly angled form placed between the pages upon which the outsized, bolded declaration “UN COUP DE DÉS / JAMAIS” is made acts as an emphatic fist on a table. The very subtle arc of the form placed a few pages later anticipates the more even distribution of the words on the page of text to follow, where the actions and limitations of “LE MAÎTRE” (“the master”) are contemplated.

Visitors to the Ransom Center can view Ellsworth Kelly’s 1992 Mallarmé Suite, a suite of four prints created in relation to the LEC publication of the poem and currently on display in Stories to Tell through August 12, 2018. LEC owner and publisher Sid Shiff worked closely with a number of artists to publish new, illustrated editions of classic texts as well as companion suites of prints; explore the Ransom Center’s collection of LEC works on our finding aid.

In the Reading and Viewing Room, researchers can examine not only the 1992 edition, but also a number of additional publications of Un Coup de Dés—dating from the original 1897 issue of Cosmopolis to a 1985 English translation with aquatints by Ian Tyson. Also available are a series of illustrations for the poem done by Odilon Redon in 1900, which were executed for an edition planned by Vollard but never published.