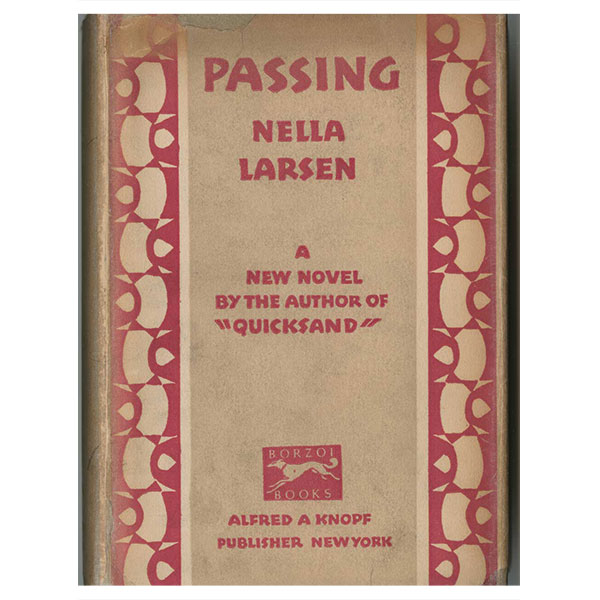 How artists of color survive in the archives

We’re celebrating Black History Month with the display Fugitive Findings: How Artists of Color Survive in the Archives.

Fugitive Findings highlights the accomplishments of creators of color, while also acknowledging the diversity of challenges these creators overcame to make art and achieve recognition. Featuring the works of Harriet Ann Jacobs, Paul Laurence Dunbar, Nella Larsen, James Baldwin, and Adrienne Kennedy, the materials represent the trajectory of African American artistic production, from the Antebellum period to the present.

The display is on view during the 18th Annual Sequels Symposium, Fugitive Futures: Graduate Students of Color Un-settling the University. The symposium, hosted by The University of Texas at Austin’s Ethnic and Third World Literatures concentration and the Global South Collective, runs from February 28 to March 2. It aims to foster discussions engaged in “anti-colonial revolutionary possibilities over and above orthodox postcolonial studies,” and “is dedicated to centering the personal writing and testimony of graduate students of color as a means of community building [and] decolonizing knowledge production.” Dr. Saidiya Hartman, Professor of English and Comparative Literature at Columbia University, will present the keynote speech in the Center’s theater on March 1 at 7 p.m.

Following the spirit of the symposium, two of the graduate students of color from the University’s  Department of American Studies and the Program in Comparative Literature curated Fugitive Findings. The project intends to showcase the specific challenges involved in the development of a display focused entirely on artists of color. Collecting practices and scarcity of materials, often worsened by financial insecurity, and particular difficulty achieving recognition, demand creative and careful research. For example, to find the works of Nella Larsen, James Baldwin and Jorge Amado, the savvy researcher must delve into the Center’s vast holdings of the New York publishing house Alfred A. Knopf, Inc.

Alfred A. Knopf published Nella Larsen’s second novel, Passing, in 1929. Associated with the Harlem Renaissance, Larsen (1891–1964) became the first African American woman to receive a Guggenheim Fellowship in 1930. Passing, along with Larsen’s first novel Quicksand (1928), incorporates themes of mixed race identity, racism, alienation, and the emotional effects of racial passing. Larsen’s own experiences as a mixed race woman were an important part of her identity as a writer, as is evident in her author file in the Knopf Collection. In the handwritten author biography she provided for Knopf in 1926, she writes, “Nella Larsen is a mulatto, the daughter of a Danish lady and a Negro from the Virgin Islands, formerly the Danish West Indies.” However, the first clause of the sentence, “Nella Larsen is a mulatto,” is absent on the published book’s dustjacket, leaving the reader to infer Larsen’s racial identity from the description of her parents.

Harriet Jacobs, Paul Laurence Dunbar, and Adrienne Kennedy represent important genres of African American writing at three integral moments in American history. Jacobs’s account was published in 1861. It details the gendered violence she encountered while enslaved in North Carolina, as well as her escape in 1842 and her life as a fugitive. Paul Laurence Dunbar’s L’il Gal, published originally in 1896, captures a community at an important moment of formation. His poems illustrate the everyday lives of African Americans at the turn of the twentieth century, incorporating tales of courtship, domesticity, parenting, and friendship.

Adrienne Kennedy (b. 1931) is one of the most highly regarded African American playwrights of the late twentieth century. Her experiential plays include Funnyhouse of a Negro and A Movie Star Has to Star in Black and White. The Ransom Center holds the Adrienne Kennedy papers, which include early manuscripts and correspondence. Kennedy’s memoir, People Who Led to My Plays, combines short anecdotes with images of family, friends, and the famous men and women who shaped Kennedy as a woman and playwright.

The Cold War, in all its global dimension, provided a background for the lives of these three writers. In 1955, Ishiguro posed in front of his family’s Samurai heirlooms in Nagasaki—the katana blades were removed during the American occupation of Japan. Ishiguro’s immigrant experience most notably shaped his early novels A Pale View of Hills (1982) and An Artist of the Floating World (1986).