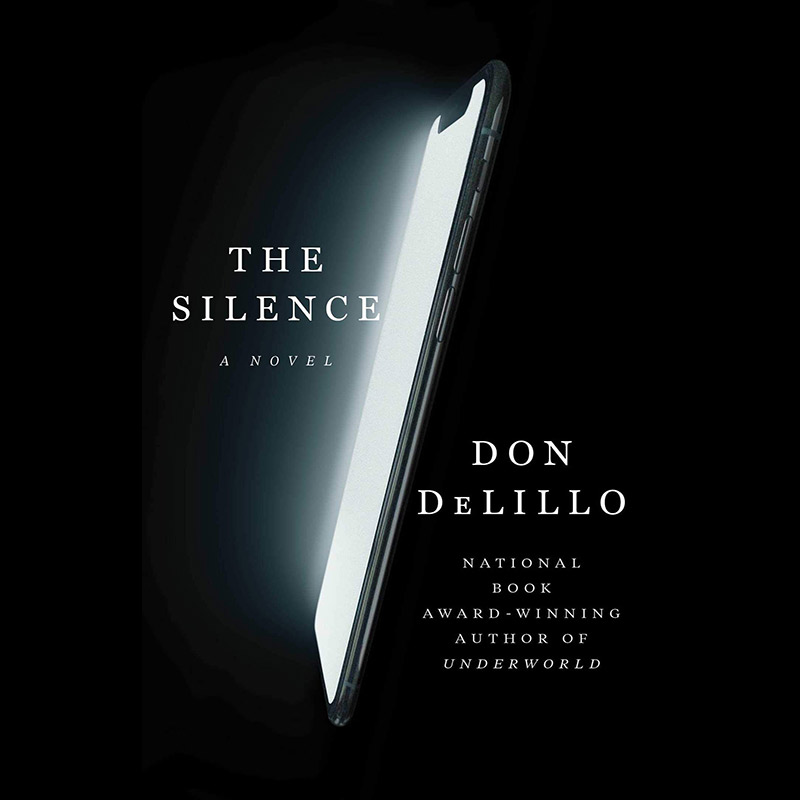 by HENRY VEGGIAN
As hard as it may be to do, try to ignore the warning. That’s what I tell myself, but it’s still there, on the inside flap of the dust jacket. It has the tone of a press release, but it sounds more like the car horn you hear before the crash. “Don DeLillo completed this novel just weeks before the advent of COVID-19.”

My first reaction was an eye roll. Here we go again, I thought, the old story about DeLillo the prophet/artist who foresaw 9-11, who foresaw the Great Recession, who gives us a language in advance of the event. My Italian brain plucked a phrase from another life —“la vecchia lagna”—the boring old complaint.

I put the book down. When I pick it up again two days later, the sentence is still there, white ink against a pixelated background. Now, it is “advent” that catches my attention. The Roman Catholic brain kicks in. The Ambrosian Rite, prior to Christmas, followed (chased?) by another part of my brain that snuck away from Bible Study to read the adventures of Jules Verne, Robert Louis Stevenson, and Jack London. The “advent of COVID-19.” Is it a pandemic ritual? An expedition that ends with discovery of a new archipelago?

Our minds wander. It’s natural—we think in networks. I sit again with the book. My attention doesn’t wander to my phone this time. I continue reading. I have to—at some point, a writer must write. But that sentence hangs around the house, as things tend to do these days. Assuming we follow public health counsel, we don’t get out much. Distractions nonetheless pursue us. At the start—the advent—the old books took on new urgency.

I never would have imagined picking up Defoe’s Journal of the Plague Year (1722) again. But I did, and when I read the opening lines where the narrator receives news from across the Channel (the plague is loose in Holland!), I think of my aunt’s February phone calls from Italy. Defoe probably read the news on an Augustan broadsheet or gazette. My aunt called from a landline. She still sends telegrams around the holidays. Print, telegraphy, Alexander Graham Bell. I look at my smart phone. I saw the first news reports from China on New Year’s Day, ominous words about a new disease on the BBC website, while riding a train.

Maybe it isn’t a warning. It’s an invitation. How could the pandemic not be in play as I read The Silence?

Should I just admit that DeLillo has uncanny prescience about things?

The next sentence of the dust jacket pivots. If the first implied “Try not to read this as a book about the current pandemic,” or even “he saw it coming!”, the next sentence alludes to a “different catastrophe.” Should I ask how it is “different,” or simply admire the poetic “catastrophe?” Who wrote this jacket copy? The back-flap names an “Office…” and the copyright page names a designer. Who is the author?

These lattices of associations, the techno-memory and the pesky voices of reluctance would converge as I finally began to read the novel. I will try to explain.

The biographical blurb in the back matter counts The Silence as Don DeLillo’s 17th novel, but that depends on how you count the books. Should Pafko at the Wall, published separately from Underworld as well as part of the latter, be considered a stand-alone work? What of the elegant short book The Body Artist? It’s a novella, really, a long story. One might also make a similar case for the dense Point Omega¸ as well as for The Silence, which reads quickly. There is also the disavowed book that few discuss.

These are questions for scholars working through the DeLillo papers at the Ransom Center to answer, I suppose, but since I am in the biographical blurb, I am struck by the continued relevance of his work. His first publications date from the early 1960s. His first novel appeared when I was born, in 1971. I’ve been trapped at home for nearly a year; I can barely muster the focus to sit and read a short book, and this guy has been writing fiction, stories, essays, screenplays, pamphlets, and plays for over 60 years.

The Silence begins on a trans-Atlantic flight. The skies have been mostly empty for eight months. The airports are even less crowded. There are airplanes everywhere in DeLillo’s works. It’s how we used to travel.

That first novel, Americana, ends with a traumatized protagonist leaving Dallas on a plane. Players (1977) begins with a character dissecting an in-flight film. In White Noise (1984), a plane that is briefly in free-fall provides one of the funnier scenes in one of the funniest novels in American literature. In Underworld, Klara Sax makes art from airplanes. Valparaiso (1999) is an entire play about airports and airplanes and air travel. Perhaps only an artist born before commercial air travel could find so much wonder in air travel, when the world still marveled at Lindbergh’s trans-Atlantic flight (I admit I had to look up the year on my phone).

Listen to author Don DeLillo’s talk about his novel, Underworld, in this 1997 interview with NPR’s Fresh Air with Terry Gross.

Don DeLillo was born this week, on November 20th, 1936, in New York City. The Silence is set in contemporary New York, two years removed. The trans-Atlantic flight takes place on the Saturday prior to Super Bowl Sunday in the year 2022, where, as we later learn, the Seattle Seahawks are scheduled to play the Tennessee Titans.

The first characters we meet are Tessa Barrens and Jim Kripps, a wife and husband. She is a poet and he is an insurance adjuster. Tessa writes in a notebook while Jim reads from a screen on the seat back in front of him. She ignores him, or so it seems, only to interject when she remembers something relevant to an earlier point. Near the end of chapter one, she reflects on how she remembered a name that had earlier escaped her, and she did so now “without digital assistance.” Jim is fixed upon the screen, offering a running commentary on the digital pixels, temperature readings, and estimated arrival times. Their plane begins to fall from the sky.

Jim’s a bit neurotic, Tessa a bit distracted. The dialogue is clipped, ironic. We will meet three other characters in the next chapter, and for most of part one of the novel they will comprise a sort of greatest hits of DeLillo’s characters in their most ironic and disaffected forms. There is Max the bettor. Diane is a retired physics professor, and Martin, a teacher who is Diane’s former student and friend. Wry, intelligent, displaced, they gather to watch the Super Bowl in the East Side apartment and wait for Jim and Tessa to come over.

I can’t help but notice that, like these familiar characters, the great themes are also present from DeLillo’s other writings. Crowds, sports, science, medications, and cinema are all here, a script from which the characters project a voice-over-like narration to our habits. They notice the minutiae and cliché, turn it all inside out.

If you ever wanted DeLillo to “put it all together,” this is the novel for you. Sort of.

And that is because something has changed. It is not only because the plot involves the collapse of all digital and broadcast technologies, as well as anything else that requires electricity.

Diane is the most perceptive of the characters in this regard. Her observations are anthropological, her detachment increasingly detached from everyone’s usual detachment. Their irony troubles Diane after the event. Her partner Max’s incessant commentary on the Super Bowl becomes “pretentious nonsense.” She notices that the people around her have forgotten how to communicate. Near the end of part one, while observing the increasingly strange behavior of the men in the apartment, she observes the “wrong kind of normal.” If there is a soul to guide us through the strange, gradual apocalypse, it is Diane.

If you noticed it at the start, you got used to it while reading. Yes, there is a part 2 of The Silence. Things break down even further. Even the chapter numbers vanish.

But if you noticed it early, your eyes adjusted. If you didn’t notice it, you are probably as old as I am.

It’s the type. I don’t mean the “font,” though that is what it is. The letters on the page—they were typed. As in “They were typed on a mechanical typewriter.” Is the font in the book a facsimile? Probably. But that isn’t the point. The implication is what matters.

At the end of Orwell’s 1984, we learn that the secret diary of Winston Smith is considered a historical relic, evidence that has survived the totalitarian horror of Big Brother. It is meant to give us hope, that no matter what happens, the terror will pass.

The “typescript” look of The Silence suggests a similar optimism. The older mechanical technologies won’t fail us when the screens stop emitting signals. Tessa will write in her notebook. Memory will survive. We won’t need our phones. Life, expression, art will continue after the crash.

ABOUT HENRY VEGGIAN
Henry Veggian teaches in the Department of English at The University of North Carolina at Chapel Hill. He is the author of Understanding Don DeLillo (2014).