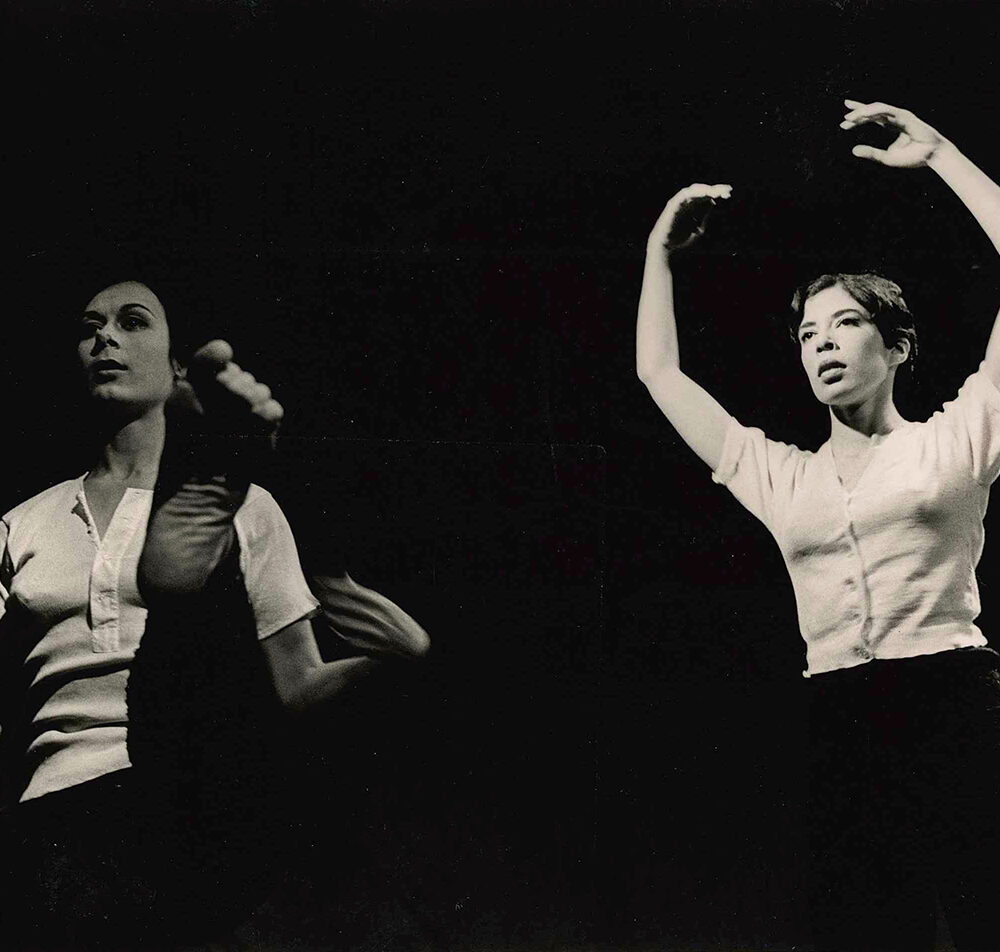 Award-winning choreographer Deborah Hay has established her archive at the Harry Ransom Center, a major destination for the study of dance and performance at The University of Texas at Austin. A founding member of the Judson Dance Theater, Hay is recognized as a pivotal figure in the development of post-modern dance.

The archive constitutes more than 60 boxes of material spanning the full breadth of her life and career, including films, music, letters, diaries, photographs, production files, dance scores, interviews and manuscripts for her published books.

Born in New York City in 1941, Hay first learned to dance from her mother, Shirley Goldensohn. In addition to her work with the Judson Dance Theater, she toured Europe with Merce Cunningham in 1964. In 1980, she formed the Deborah Hay Dance Company. Her works, including “The Man Who Grew Common in Wisdom,” “The Match,” “If I Sing to You” and “Figure a Sea,” have toured nationally and internationally to critical acclaim.

Attributes of movement training and agility are not ignored in Hay’s choreography, yet the foundation of her work is based on experiments with perception in which a personal daily practice of a dance replaces the traditional values inherent in a rehearsal (i.e., achievement, exactitude, perfection).

“I cannot think of anything else in my life where there is so much unlearning and learning happening at the same time,” Hay said.

Her choreography sometimes extends to written “scores,” literary texts that serve as extensions of the embodied performance. Not to be confused with dance notation, which offers a written way of reconstructing choreography at a later date, the scores are intended to continue the process of questioning and exploration that began with the choreography.

“Deborah Hay’s archive is unique among dance archives,” said Eric Colleary, the Ransom Center’s curator of performing arts. “She has consistently documented her work in ways that go beyond the typical film recording or press release. You can see the daily process and practice of one of dance’s most celebrated choreographers. Engaging with her archive is a deeply embodied experience.”

“What my body can do is limited,” said Hay. “This is not a bad thing because how I choreograph frees me from those limitations. Writing is then how I reframe and understand the body through my choreography.”

Hay was one of the inaugural recipients of the Doris Duke Artist Award in 2012, and she was awarded the title of Chevalier de l’Ordre des Artes et des Lettres from the French government in 2015. She was featured in a 2018 exhibition on the Judson Dance Theater at New York’s Museum of Modern Art, and selections from her archive were presented as an interactive “documentation center” curated by French dancer and scholar Laurent Pichaud for the multi-venue 2019 retrospective of Hay’s work presented by Tanz im August in Berlin. She is the author of several books including “Moving through the Universe in Bare Feet” (Swallow Press, 1975), “Lamb at the Altar: The Story of a Dance” (Duke, 1994), “My Body, the Buddhist” (Wesleyan, 2000) and “Using the Sky: A Dance” (Wesleyan, 2019).

“Libraries have not played much of a role in my life, a pitiful story better told in person,” Hay said. “Thus the invitation to be included in the Harry Ransom Center collection is both ironic and humbling. The honor swells as I become aware of the treasures housed in the Center’s extraordinarily well-conceived and designed features and the inherent order within its walls. And yes, may my papers add to the lifetime of any independent artist and others seeking some tricks for survival.”

Hay’s archive joins many other important dance collections at the Ransom Center including the papers of critics Richard Buckle and Robert Greskovic and dancers James Clouser, Rhoda Winter Russell and Gayle Young along with important collections of Katherine Dunham and Ted Shawn.

The Deborah Hay Papers are open for research at the Harry Ransom Center. Questions about the collection can be sent to performingarts@hrc.utexas.edu.

Image Featured
Yvonne Rainer (left) and Deborah Hay in “They Will,” performed at Judson Church in 1964. Photograph by Peter Moore © Northwestern University