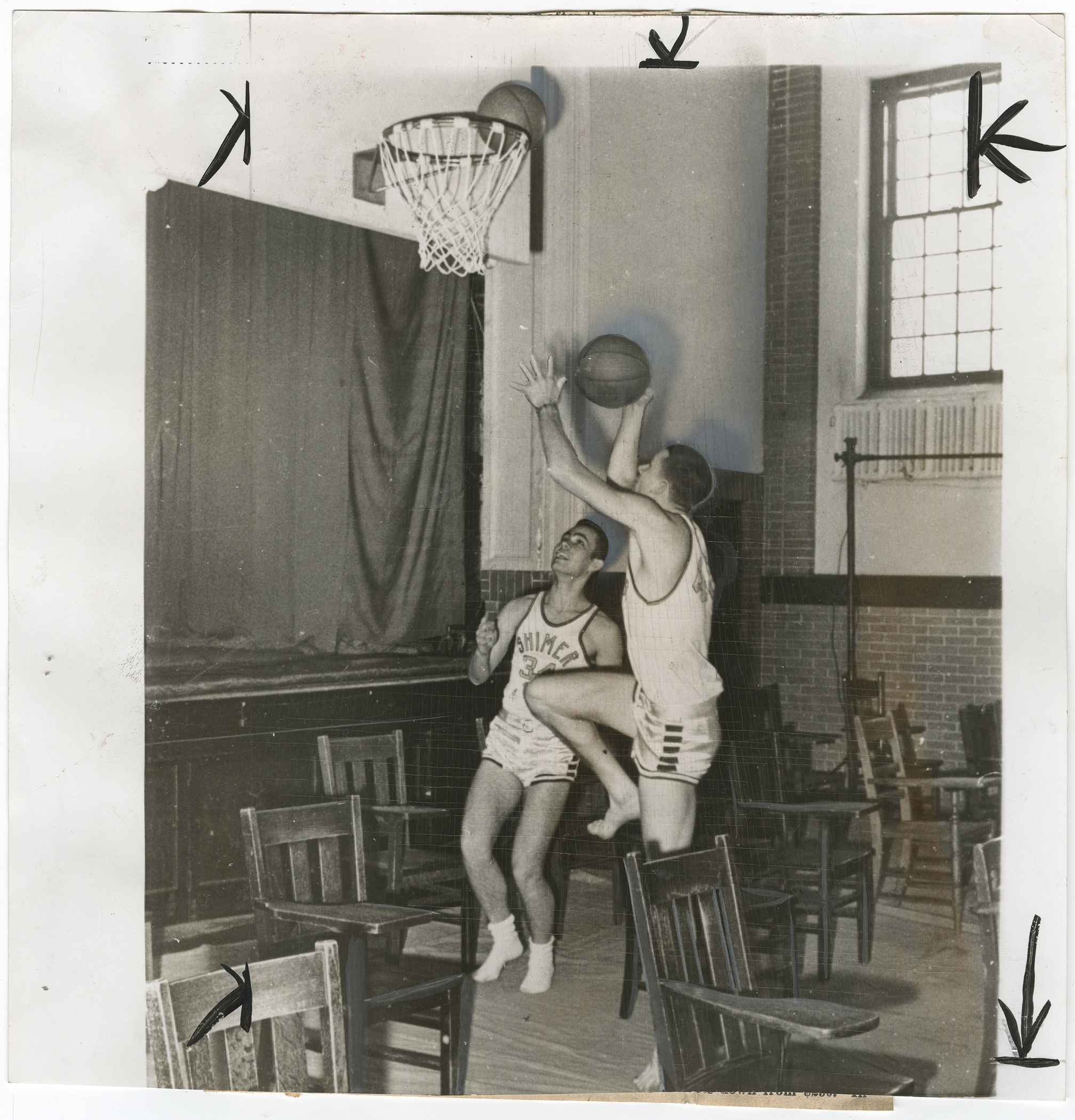 Basketball, which began as a game invented to occupy young, energetic boys within the confines of a gymnasium on rainy days, has come to be one of the most popular sports in American culture.

Basketball: Power in Play, a display of sports photographs from the Harry Ransom Center’s New York Journal-American collection, captures some of the key components of the game from the 1940s through the 1960s.

From September 18 through December 9, 2012, visitors will be able to view images depicting various perspectives on the game such as training and technique, women in basketball, wheelchair basketball, the Harlem Globetrotters, and images of incredible shots and blunders.

The 32 black-and-white photographs in the exhibition come from the New York Journal-American, which was published from 1937 to 1968. Soon after the newspaper’s demise, the Ransom Center gained ownership of the paper’s approximately two million prints and one million negatives. Many of the photographs in the display show original crop and edit marks used in the course of publication.

Geared toward sports enthusiasts, the rich history and engaging narratives embodied in the photo captions will be sure to entertain and amuse.

The display is one of several exhibitions and events across The University of Texas at Austin campus this fall capturing the spirit and history of basketball from its beginnings in a Massachusetts YMCA to the modern NBA.

The H. J. Lutcher Stark Center for Physical Culture and Sports will host a symposium during the fall 2012 semester about the history and cultural significance of basketball.

The materials are on view in the Ransom Center’s lobby during exhibition gallery hours and in the third-floor Director’s Gallery, Monday through Friday, from 10 a.m. to 5 p.m.