In a stunning break with the black-and-white tradition of war photography, Susan Meiselas’s pulsating color images documenting the resistance against—and ultimate insurrection of—the brutal Somoza dynasty in Nicaragua were published in magazines and newspapers around the world. The revolutionaries quickly appropriated her photographs, adapting them for billboards, postage stamps, posters, and other imagery in support of their cause. In 1981 Meiselas (b. 1948) published her landmark book Nicaragua, June 1978–July 1979, combining photographs, historical documentation, and the personal testimony of Nicaraguans in an attempt to “overcome the sensational quality of fragmentary news reports by placing these events in the context of an evolving political process.” Retracing her steps, she returned to Nicaragua in 1991 for the film Pictures from a Revolution, and again in 2004 for the project Reframing History, an installation of 19 mural-size enlargements of her original photographs at the sites where they were first made, reigniting discussions about the past and reconsiderations of dreams once held of a better future.

For some Magnum photographers, picture stories published in magazines and newspapers represent just the first stage in the development of a much larger project. Some consider the book the ideal platform for extended visual narratives. Conceived independently and conducted outside the traditional framework of photojournalism, books have become a mainstay of documentary practice and an integral part of Magnum’s creative repertoire. Since the agency’s founding, Magnum Photos has published dozens of group projects, and its members have collectively produced over 1,000 volumes that together form both a history of Magnum and a history of the modern world. 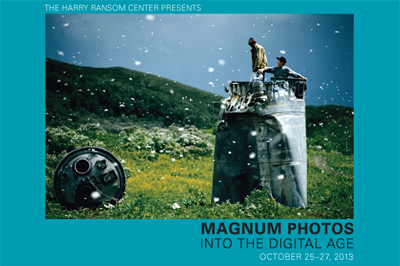 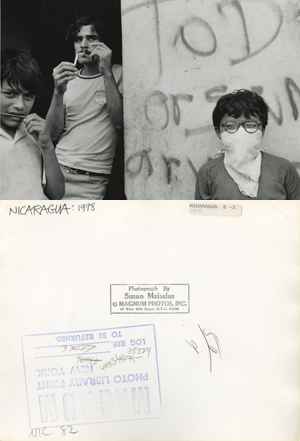