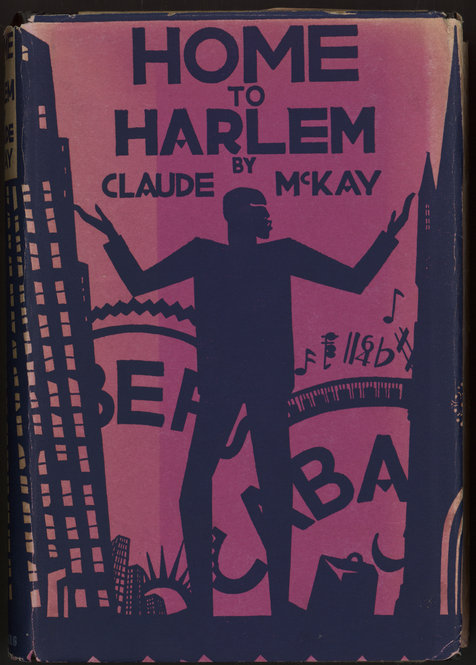 Jamaican-born writer Claude McKay (1889–1948) is probably best-known for his poem “If We Must Die.” McKay, however, also published three novels and a collection of short stories. His most popular novel, Home to Harlem (1928), grew out of a short story of the same name. He was encouraged in his work by his literary agent William Bradley, an American whose agency operated out of Paris. Claude McKay’s correspondence can be found in the Center’s William A. Bradley Literary Agency collection.

An optimistic McKay wrote to Bradley from Antibes, France in February 1927, “Everything is clear and I can see through the whole story to the end. I ought to have the thing done by the end of March.” However, a series of difficulties beset McKay and slowed his writing process. In mid-March, McKay’s friend Max Eastman was planning to return to the United States and to take his typewriter with him. McKay thought he might have to write long-hand, but on March 26 happily reported “The typewriter problem is almost solved” after he purchased a used typewriter for 550 francs. He noted, however, it “doesn’t work so well. I have already had to take it back to Nice twice…and now it is on the blink again.” In early April, McKay was still working on the manuscript and struggling through financial and creative challenges, writing to Bradley, “I am without any money and should be very obliged to you for sending me two hundred francs….. I got into an impasse for a week nearly and had to destroy everything I wrote. But I got out and am going along smoothly again.”

McKay continued to work, and by June the manuscript was complete. In February 1928, McKay finally received the publisher’s “dummy” of the book and had concerns about the dust jacket featuring an illustration by Aaron Douglas:

“I like the cover of the book & the color of the jacket but I don’t like the drawing. It looks so much like the stiff skeleton of a black ape. Has no life and one looking at it will naturally link it with Jake [the novel’s protagonist]. Covarrubias could have done something striking & sympathetic, but I suppose I should not grumble & criticize but be loyal and patriotic as the artist is a colored man.”

A week later he followed-up with Bradley:

“Yes, I think my first opinion about the cover was wrong. It is effective and grows on me. The Senegalese fellows at the café were enchanted with it at first sight. Maybe my plastic sense is a little corrupt and sentimental.”

Harper and Brothers released the book with the Aaron Douglas illustration and Home to Harlem went on to become a success, surprising even McKay who was tickled with its popularity “I see Home to Harlem like an impudent dog has nosed right in among the best sellers in New York!” The New York Times declared of McKay’s talent, “it is not a strained, a half-hearted or skimpy talent, but one that is eminently worth more play than one novel.” While McKay went on to write Banjo (1929) and Banana Bottom (1933), these novels failed to live up to the success of Home to Harlem.