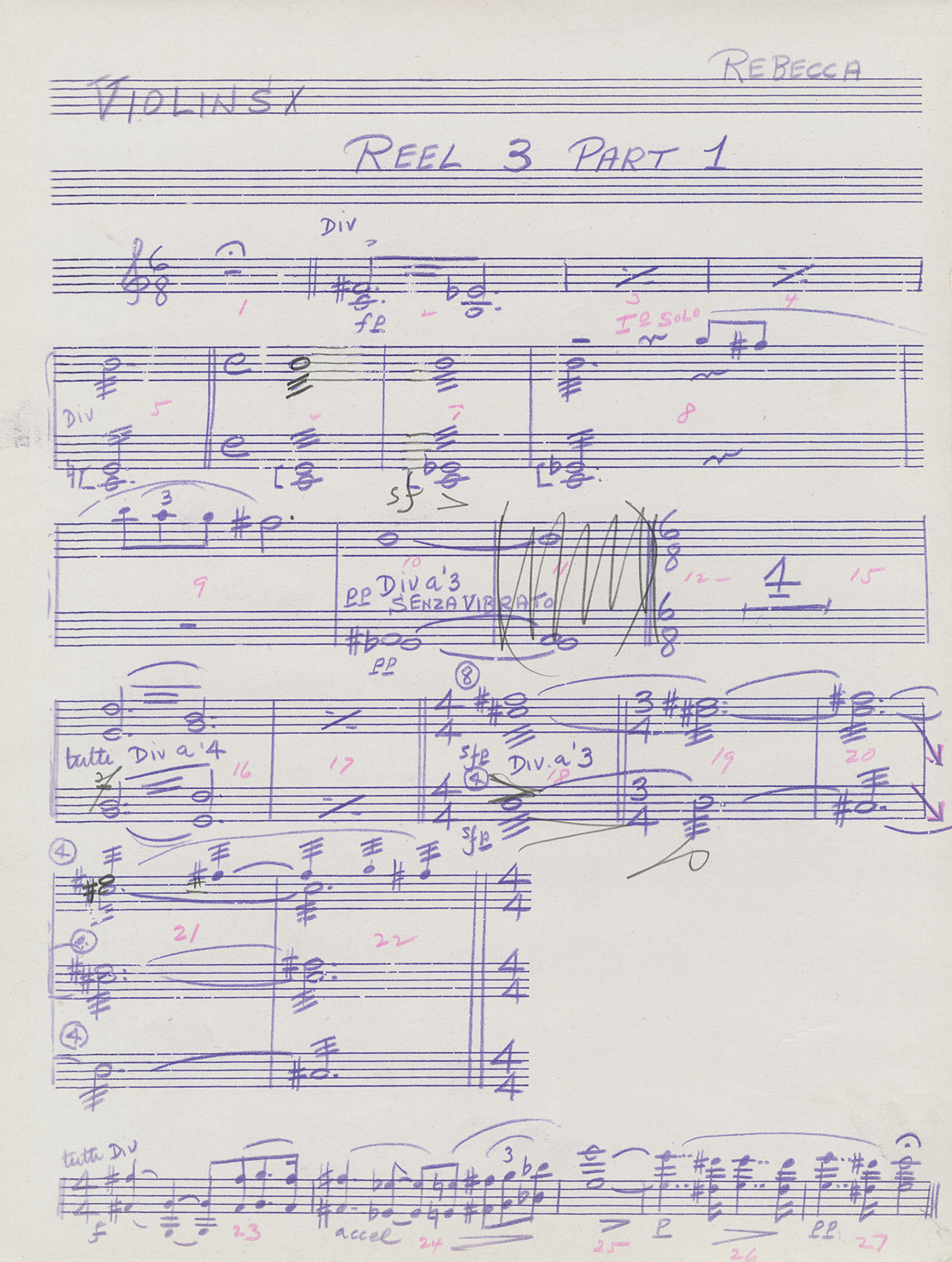 James Buhler is an Associate Professor in Music Theory and the Director of the Center for American Music at The University of Texas at Austin. Below, he writes about using materials from the Ransom Center’s David O. Selznick collection to teach students in his Signature Course “Introduction to Music and Film Sound” about the business of being a music composer in Hollywood.

One of the innovative elements of Signature Courses at The University of Texas at Austin is that they require a visit by the class to one of the research centers, libraries, performing arts venues, or museums on campus. The idea is for the course to introduce students to one of the numerous Gems of the University. In my case, I selected the Harry Ransom Center because its David O. Selznick collection has extensive archival material on the music production for all the films made by Selznick International Pictures (SIP).

My Signature Course is reasonably large (120 students), and it is not feasible to base a big project around our visit to the Ransom Center. And with students having only 50 minutes to examine materials, I cannot expect that students will be able to get anything more than a general impression of what’s available in the collection. Nevertheless, through careful selection of documents, I can use the collection to reinforce points made in lecture: films require coordinating the labor of a large number of people, much of it unacknowledged in the screen credits, and even the creative talent credited in the film in practice retained few rights over the products of their labor. Students are continually surprised to discover that Hollywood composers had few rights over their music.

Most of the material I have the students look at comes from the production Rebecca (1940). Directed by Alfred Hitchcock and with a score by Franz Waxman, Rebecca is artistically one of Selznick’s more successful films. We look at many documents, including these:

These documents all serve to emphasize the basic economic conditions of soundtrack production. Music is not something that just appears on a film’s soundtrack: it is made by people and at considerable time and expense. Moreover, the music and its production costs are carefully tracked throughout the process of production. The studio claimed complete ownership of the music, and composers did not even enjoy the right to play excerpts of their music at a concert or on the radio. (This situation would change only in the 1970s.)

Composers also had little control over the music in the film. Time constraints meant that composers nearly always used orchestrators, and as was the case with the score to Rebecca, frequently several composers beyond whoever was credited for it contributed additional music to the score. Moreover, cues could be replaced by other music without the composer’s permission. In at least one place in Rebecca, for instance, music by Max Steiner from an earlier SIP film replaced a portion of Waxman’s score. The insert is clearly visible in the working production score, which is another item I have the students examine. Because Selznick owned the rights to this music by Steiner, this change would not have cost the studio anything.

The students come away from their visit to the Ransom Center with a very concrete sense that music production costs a considerable sum of money, that numerous people are involved in it, and that composers, although well compensated, sacrificed most rights over their music during the studio era. These are points that I can and do make in lecture as well, but when students visit the Center and see the documents in person it seems to make a much larger impression.

Image: Manuscript of violin score from Rebecca by Franz Waxman from the David O. Selznick collection.