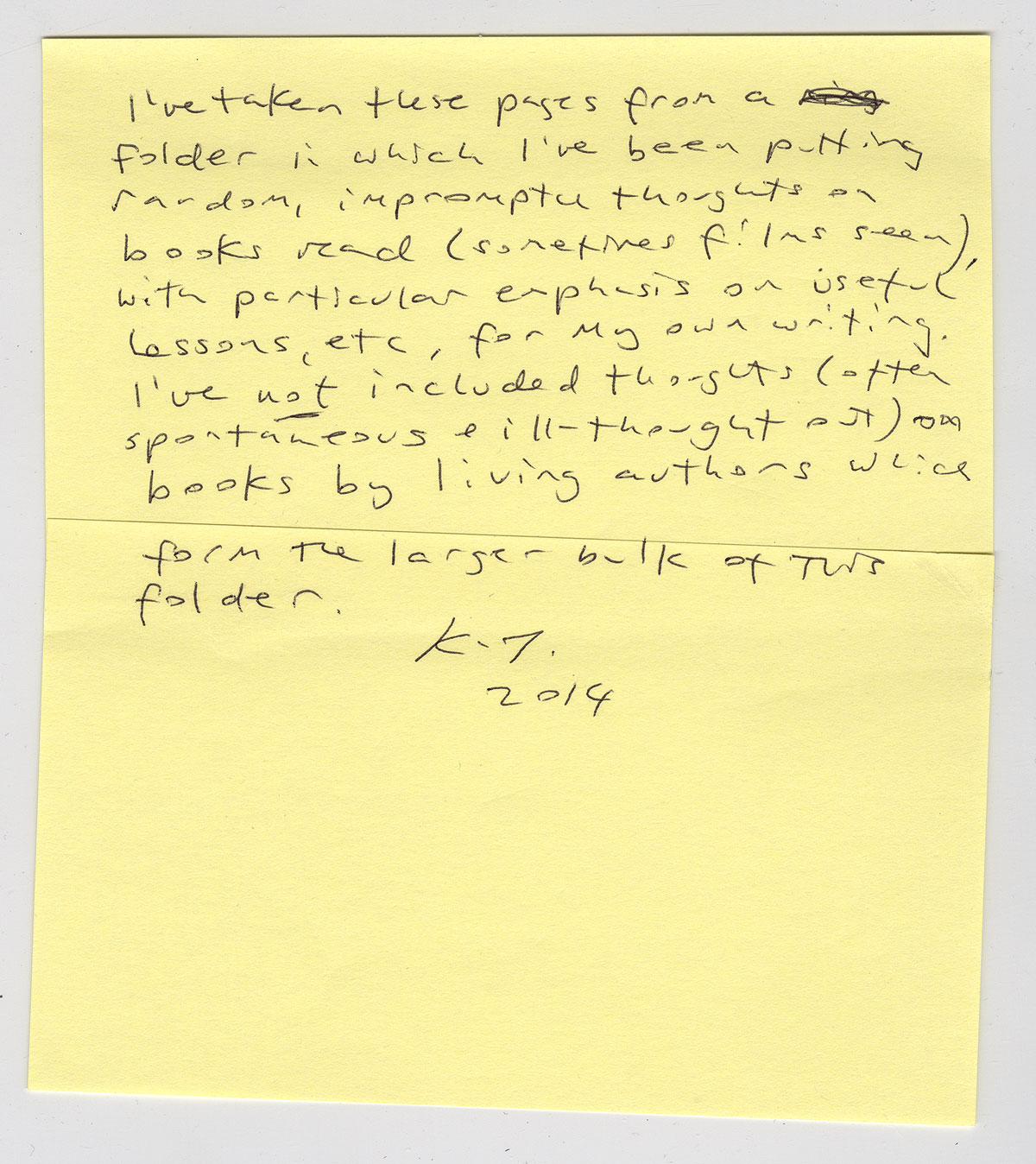 Within Kazuo Ishiguro’s archive are some of his notes on great writers as well as thoughts about films. Some are handwritten while others are typed. Ishiguro has been, in his own words, “putting random, impromptu thoughts of books read (sometimes films seen with particular emphasis on useful lessons, etc, for my own writing.”

Once processed and cataloged, Ishiguro’s archive will be available for research.

Here is a sampling from his notes:

Of Franz Kafka’s The Trial
“This book is so deep and mysterious, it is almost unfathomable. the [sic] metaphors are so unspecified, and yet at the same time, seem so pertinent, that one coul [sic] drive oneself mad thinking of applications, or interpretations.”

Of Raymond Chandler’s The Long Goodbye
“This is a formidable novel by Chandler, ostensibly a crime novel, but far surpassing that genre….”

Notes on the script for Natural Born Killers
“Utterly rivetting [sic] script. As is the much more genteel League of Gentlemen, the underlying tension comes from not being able to predict where the sympathy of the film will fall…”

Of Jane Austen’s Mansfield Park
“This book, while very engrossing and involving, seems to me to not be of the same order as Emma and Persuasion. It’s a cruder book in its moral outlook, and indeed, has something extremely unattractive and lacking in compassion. Of course you have to see these things in terms of the prevailing moral climate. But when you put this book alongside the generosity of spirit for individuals displayed in the other two novels, and the willingness to question the mores of prevailing society, M. Park has to be seen as disappointing.”

Of the film The Life and Death of Colonel Blimp
“saw a magnificent film by Michael Powell called ‘Life and Death of Col Blimp.’ It was a film very much concerned with a certain kind of British virtue—the gallantry, the chivalrous gentleman—who was a good loser, and always played fair—in love or in war.”