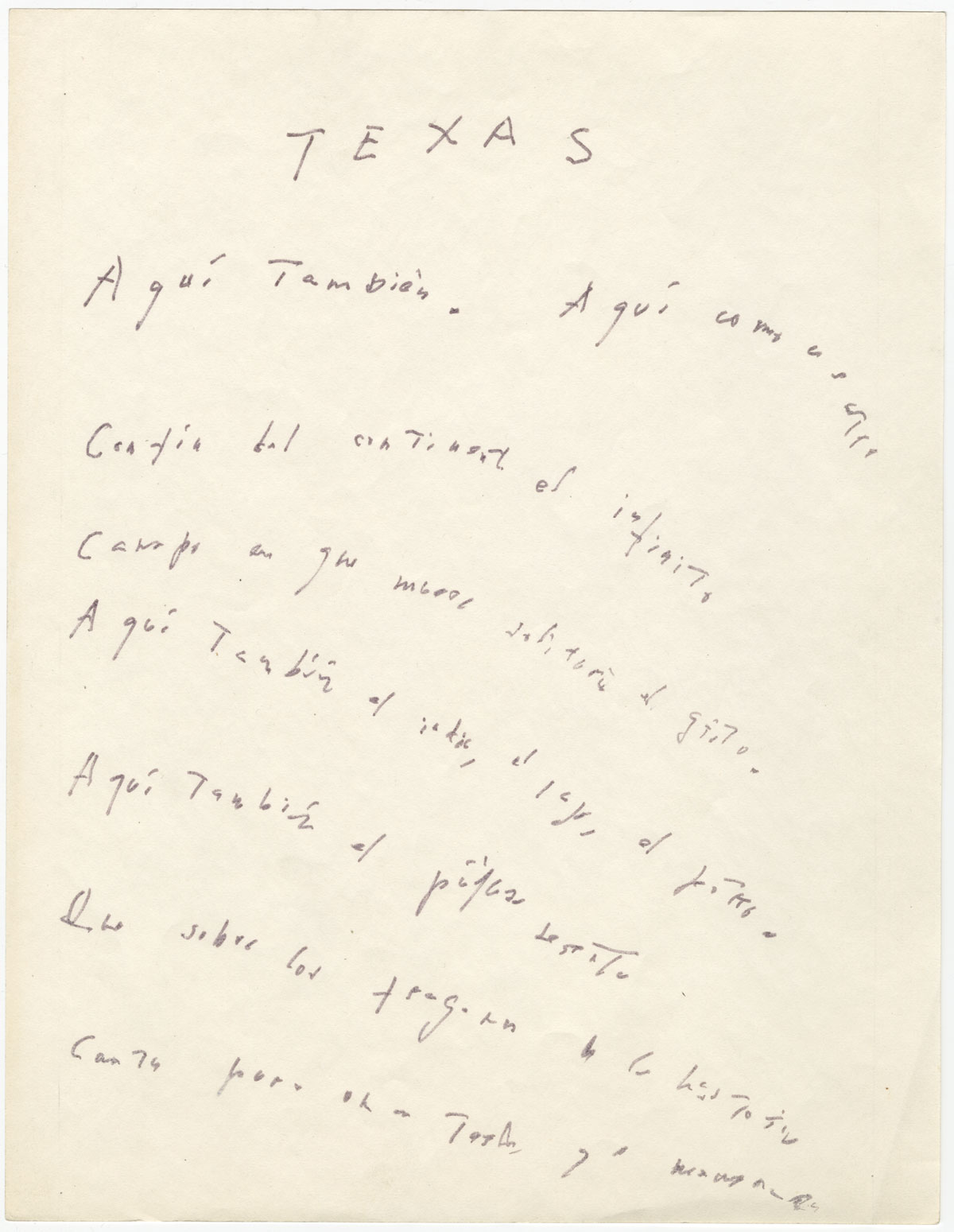 In 2014 the Harry Ransom Center acquired the archive of Nobel Prize–winning author Gabriel García Márquez. García Márquez would surely enjoy knowing that his archive resides alongside an important collection of papers by Jorge Louis Borges. Borges, an Argentinian who died in 1986, was a pioneering author whose boundary-pushing experimentation and imagination paved the way for the Latin American literary boom of the 1960s and 1970s, of which García Márquez was an eminent figure. He is renowned for his wondrous, labyrinthine short stories, poems, translations, and books, including Ficciones, El Aleph, and Historia Universal de la Infamia.

Borges was a well-traveled man who called many locations home throughout his life, including Switzerland, Spain, and Argentina. But Texas, and especially Austin, where he taught at The University of Texas, first as a visiting professor in 1961 and later as a lecturer through the 1960s, 1970s, and 1980s, was one of his favorite places.

Texas is mentioned throughout Borges’s work. In his 1975 short story “El Soborno,” he wrote an anecdotal story set in Parlin Hall on The University of Texas at Austin campus. In La Fama (1981), he referred to himself as a “ciudadano de Ginebra, de Montevideo, de Austin y (como todos los hombres) de Roma,” that is, “a citizen of Geneva, Montevideo, Austin, and (like all men) Rome.” Austin and Texas appear in various poems such as “The Web” and “Elegy.”

This piece, a sonnet simply called “Texas,” was published in 1967. The Ransom Center holds the manuscript.