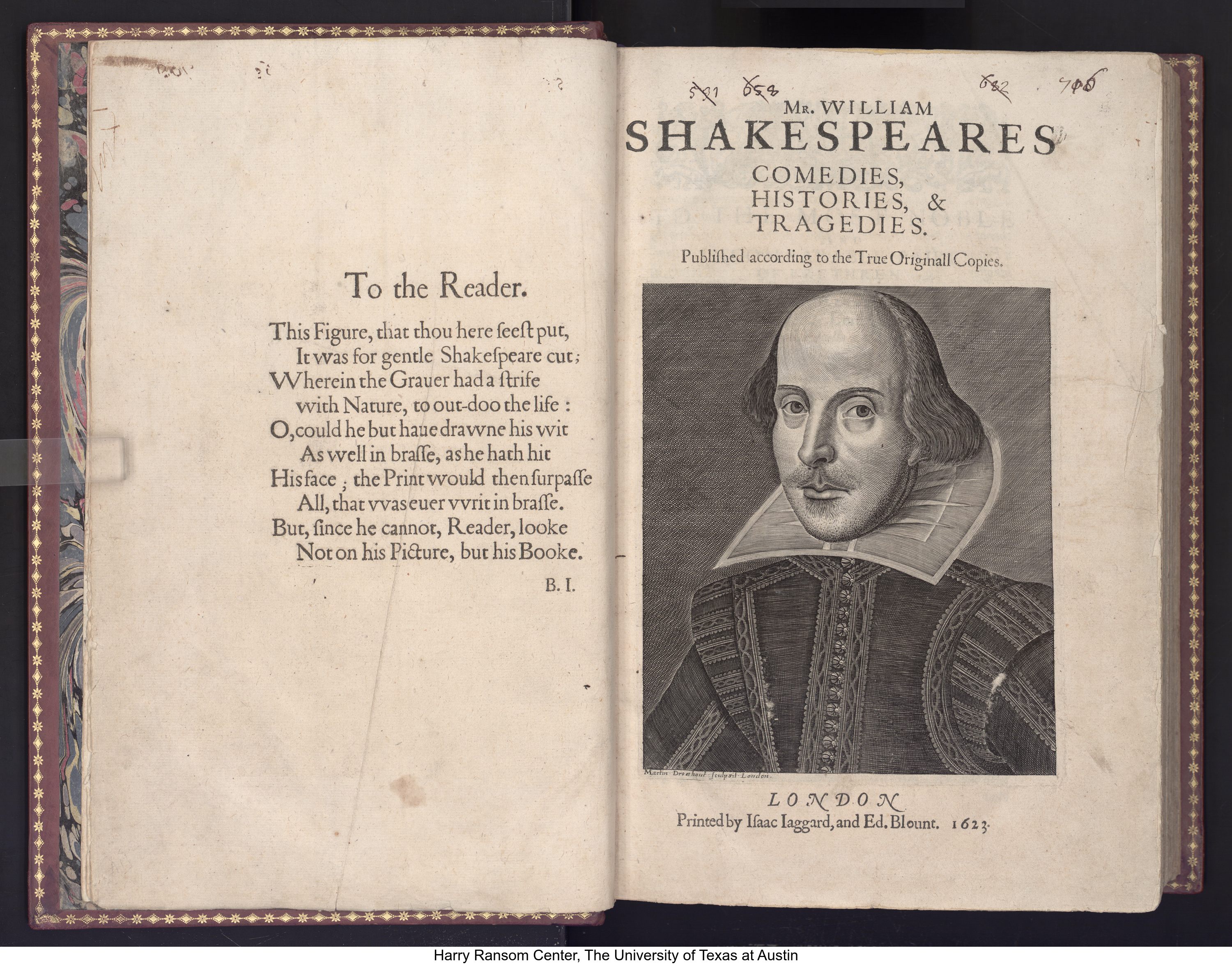 The publication of the First Folio in 1623 marks the proper beginning of Shakespeare’s works becoming widely known, read, and performed by successive generations, his reputation enduring 400 years after his death. It also marks the moment when the idea of Shakespeare’s canon, or the body of work that can be authentically identified with his authorship, is explicitly taken up.

The editors of the First Folio, John Heminges and Henry Condell, two of Shakespeare’s fellow actors, provided posterity with “true original copies” of 36 plays, when “before [one was] abused with diverse stolen and surreptitious copies, maimed and deformed by the frauds and stealths of injurious impostors that exposed them.”

Although Heminges and Condell sound confident, identifying a definitive canon of Shakespeare’s works has proven to be a problematic enterprise over the centuries. During his lifetime Shakespeare’s works appeared both anonymously and under his own name. Occasionally, he was attributed as the author of works he did not write. As a playwright he collaborated with many of his contemporaries, and very likely wrote other plays that were never published—scholarly evidence suggests that only about one fifth of the plays performed were actually printed.

The Third Folio, published in two versions in 1663 and 1664, is exemplary of the challenge. Both issues include the 36 plays from the First and Second Folios, but the second issue of 1664 includes seven new plays and a new title page, attributing Shakespeare as their author. Today, out of the seven, only Pericles is recognized as being the work of Shakespeare.

Mr. VVilliam Shakespeares comedies, histories, & tragedies. Published according to the true originall copies (the first folio) has recently been digitized and is available to explore online within the Ransom Center’s digital collections.

Read more about the exhibition Shakespeare in Print and Performance