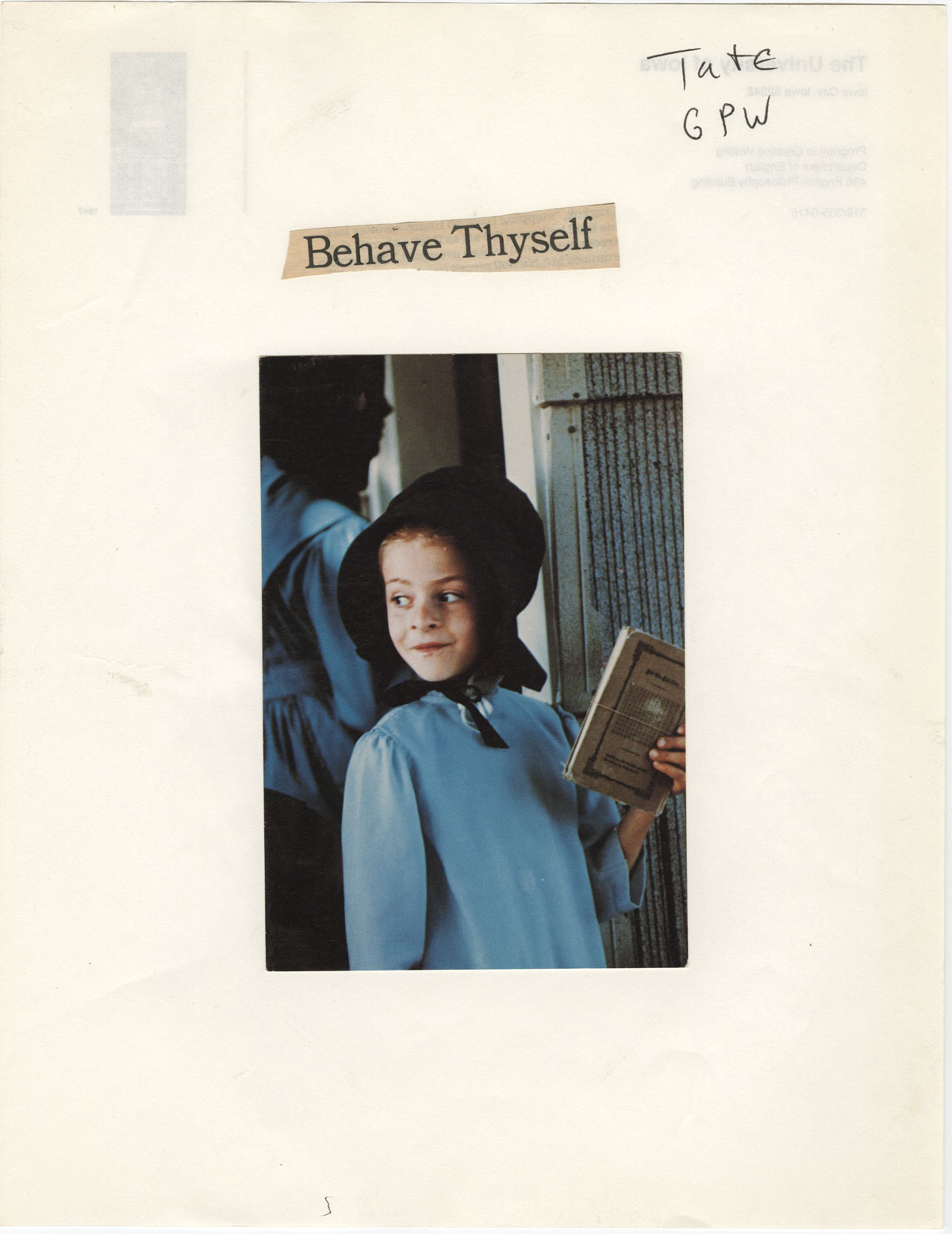 This year’s issue of Austin’s own creative writing journal Bat City Review featured a showcase of the late poet James Tate’s work comprised of manuscripts and art from Tate’s collection housed at the Ransom Center. Tate died last summer. The journal’s managing editor sent images of the items to writers she commissioned to write tributes to Tate, and a number of the tributes reference items directly. They, along with the portfolio, are a great example of a collection used by students and faculty outside of the classroom.

I had no intention to write a poem for Jim, mainly because it doesn’t seem like something he would want, but I saw the collage he made (“Behave Thyself”) and started thinking about how I used to see him all the time in Amherst, over the many years I lived there. How it never ceased to be amazing to run into him in town. This got me thinking about how, while he was writing his great books, I was living there too, working so hard, struggling through my own long time to even begin to write real poems. I was thinking about his indescribable little house full of books and objects, his desk. And how he would only on certain occasions, and reluctantly, describe what was for him clearly the very private experience of waiting, sometimes for hours, before the typewriter, in silence, until something came to him that he wanted to write down. I have heard him call it a texture, a phrase or even a word. He was an exemplar, completely dedicated to poetry, and even being near someone like that was a powerful and lucky lesson. Also, he was a truly loving person in his quiet sweet genuine way, and I will miss him for the rest of my life as a poet and a friend.

This poem originally appeared in issue 12 of The Bat City Review as part of its James Tate Tribute.

Matthew Zapruder is the author most recently of Sun Bear (Copper Canyon, 2014). Why Poetry, a book of prose, is forthcoming from Ecco Press. An associate professor in the St. Mary’s College of California MFA program and English Department, he is also Editor-at-Large at Wave Books. He lives in Oakland, CA.