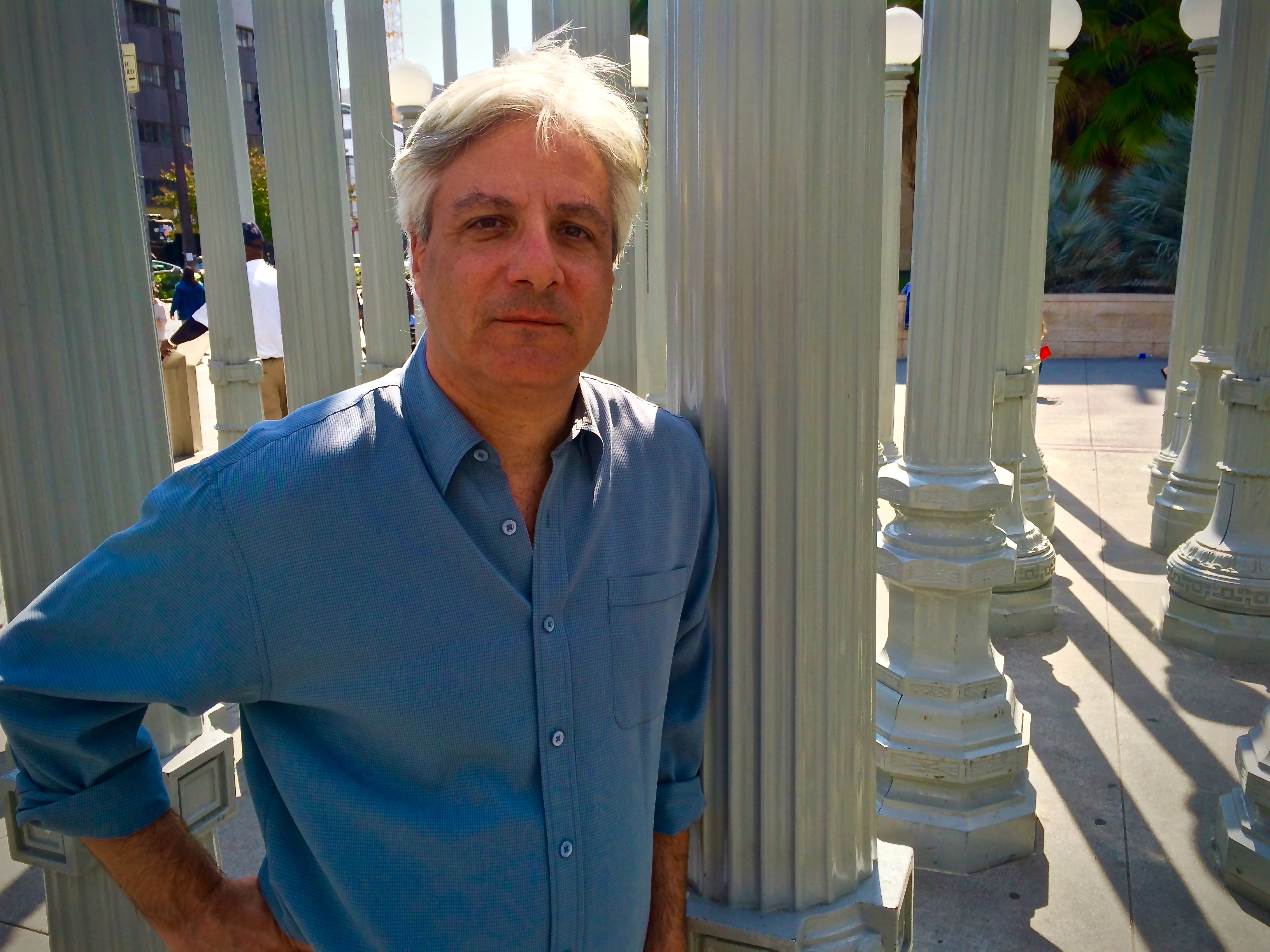 “We walk, or I do, to pay attention, to see the streets, the buildings that
surround us, to immerse ourselves in a world that might otherwise slip by.”
David Ulin in Sidewalking: Coming to Terms with Los Angeles

Author David Ulin reads from his most recent work Sidewalking: Coming to Terms with Los Angeles (University of California Press), a meditation on urban walking and an entertaining and incisive look at the city as idea and environment, on Wednesday, January 25, at 7 p.m. at the Ransom Center.

After his reading, Ulin will speak with Steven Hoelscher, Chair of the Department of American Studies and Ransom Center Faculty Curator.

In advance of his visit, Ulin shares some of his thoughts about living in Los Angeles and urbanism. 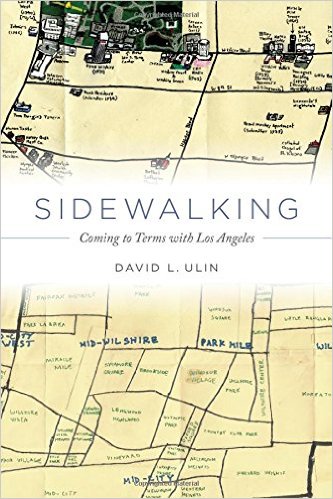 Having lived in L.A. for more than 25 years, you share your strategy for reckoning with the city, specifically “to employ a kind of double vision, by which we peel back the clichés, the received wisdom, and interact with the city on its terms.” What has your approach of thinking of L.A. in terms of its smaller narratives revealed?

Primarily, it’s demystified the place. Los Angeles functions in the imagination as such a mythic landscape that it can be hard to see it as simply a place where people live and struggle, as a city in its own right. This is true of much of the literature of the city, which in the late 1960s and early 1970s became a literature of place precisely by focusing on the particulars, on the smaller movements, family and work and identity, that we tend to take for granted in other places. Los Angeles is really a city of neighborhoods, like so many cities, but it can be hard to see that beneath the sprawl. It is a city of working people but that gets overwhelmed by Hollywood. For me, the smaller narratives make the city accessible, bring it to a human scale. It becomes the place where I live, rather than a metaphor.

You discuss the development of the Grove, the retail and entertainment complex in L.A., and identify it as “a manufactured cityscape that becomes authentic by virtue of how it is used. It is a private landscape, a commercial development, that also functions as quasi-public space.” Do you imagine this is the future of urban environments?

I don’t know, to be honest, and in some sense, I hope not. It works in this urban environment because, almost in spite of itself, it becomes a model, or a laboratory, for street life, which Los Angeles once had, but gave up, and is not trying to develop again. I am interested in it less for its developer’s intentions than in the way it gets used by citizens, the way authentic interactions take place in its contrived space. No city is organic, no city grows out of the ground, and if the Grove has anything to teach us, it’s to embrace this, and think about how we can use contrivance toward more authentic ends.

It’s been reported that the recently opened LA Metro Expo lines won’t reduce traffic and may provide only limited relief for the area’s freeways. While you noted that “the subway may be less important as transit system than as metaphor,” have you discovered or observed unexpected opportunities with these expansions?

I ride the Metro and will ride it more and more the more it expands. But I don’t think traffic is the issue; I’m more interested in how we make a cohesive cityscape. Public transportation opens up the city, makes it accessible, even if it doesn’t get drivers out of their cars. Los Angeles, after all, is more than just a city of drivers; this is one of the myths about the place, but it only reveals a single side. Many people ride the bus, take the Metro, many people want, or need, to get across town without a car. I tend not to look for either/or solutions; I tend to prefer and/both. The development of the Metro opens up a new set of possibilities in terms of how to get around the city, and it also allows us to reconnect with each other in public space.

The event is co-sponsored by the University’s Michener Center for Writers and the Department of American Studies.