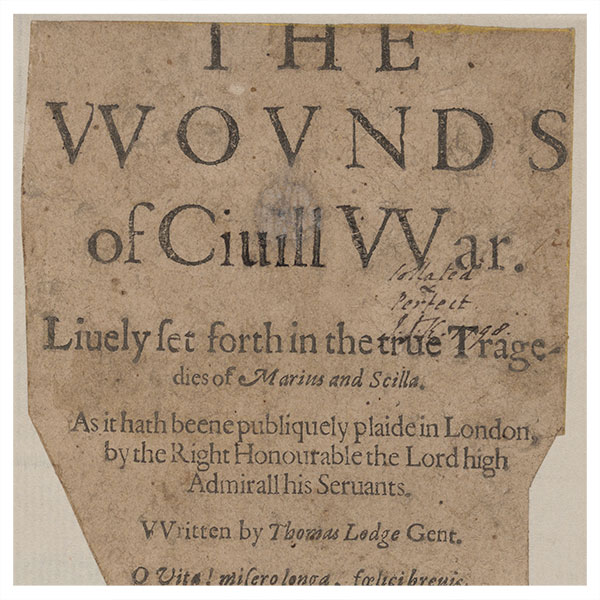 The publication and series of programs Collated & Perfect tracks the changing standards that collectors, institutions, and scholars have used to describe and evaluate early printed books. Doing so reveals why the books take the often surprising forms they do today.

It is a collaboration between Yale University’s Beinecke Rare Book and Manuscript Library and The University of Texas at Austin’s Harry Ransom Center.

From January 18 to April 21, 2019, the Beinecke will feature a display by Kathryn James, Early Modern and Osborn Curator, as part of its larger Bibliomania exhibition. And from February 16 to August 11, the Ransom Center’s Stories to Tell exhibition will include one by Aaron T. Pratt, the Ransom Center’s Carl and Lily Pforzheimer Curator of Early Books and Manuscripts.

Curators James and Pratt have co-written the pamphlet Collated & Perfect. The Beinecke and Ransom Center have made it freely available as a limited print run and as a downloadable PDF.