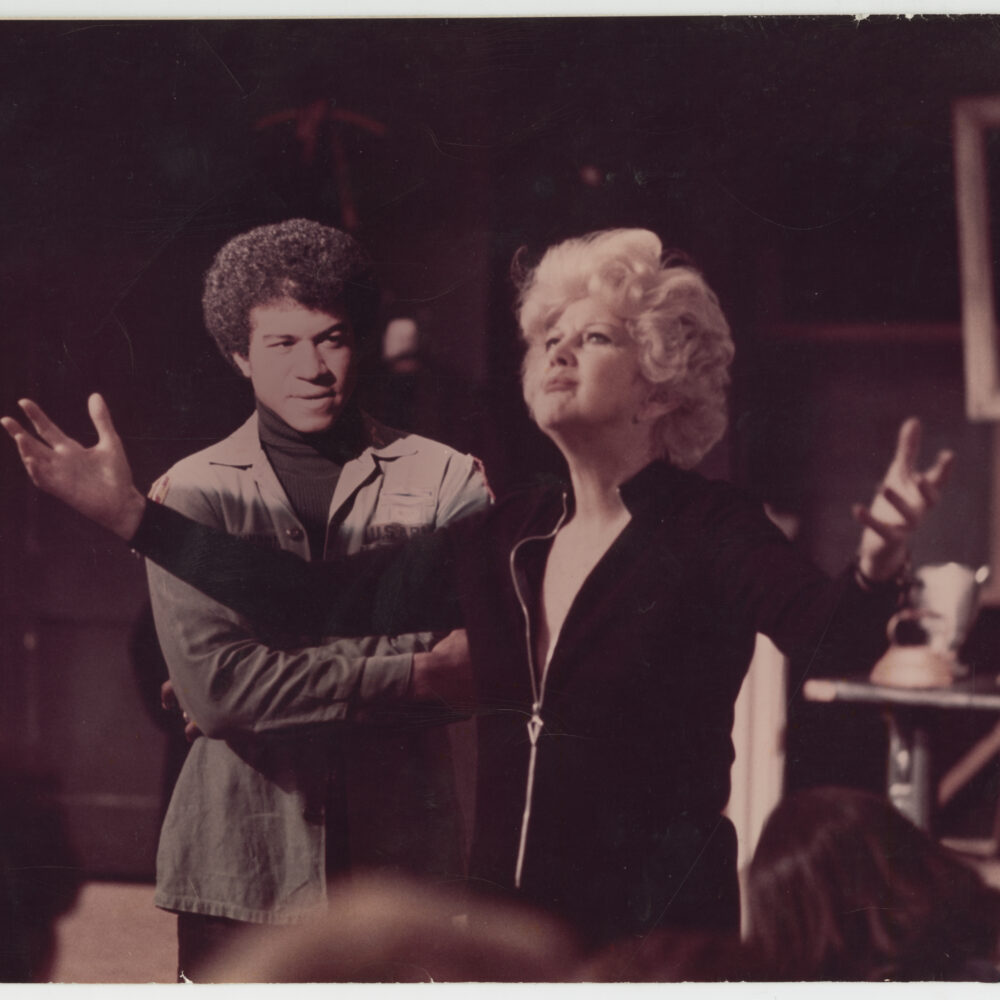 The Ransom Center has released 11 film clips from the Stella Adler and Harold Clurman Papers on our digital collections portal. These clips offer a glimpse into over 1,000 audio and video recordings of the legendary acting teacher, created between 1958 and 1990, that are preserved in her archive at the Center.

Stella Adler’s career on the stage began at the age of four when she joined her father Jacob in a production of Broken Hearts in 1909. Both of her parents, Jacob and Sara, were stars of the Yiddish theatre, and the family performed together across the United States, Europe, and South America.

Adler studied acting formally at the American Laboratory with Richard Boleslavski and Maria Ouspenskaya, former members of the Moscow Art Theatre who taught an early version of an acting system developed by Konstantin Stanislavski. In 1931, Adler was invited to become a founding member of the Group Theatre in New York, a collective of actors, directors, and playwrights that included Harold Clurman, Lee Strasberg, Cheryl Crawford, Clifford Odets, Elia Kazan, Sanford Meisner, John Garfield, Lee Cobb, Sidney Lumet, and other luminaries who would go on to become major figures in American theatre and film.

In 1934, Adler spent five weeks in Paris studying directly with Stanislavski, learning that the system taught in America was different from what Stanislavski had intended. She returned to the United States and shared her lessons with the members of the Group Theatre, and these techniques began to be referred to as “American method acting.”

Adler began to teach at the New School for Social Research before starting her own studio in 1949. She taught acting until her death in 1992, with students that included Marlon Brando, Harvey Keitel, Karl Malden, Donna Murphy, Diana Ross, Martin Sheen, Cybill Shepherd, Elaine Stritch, and Leslie Uggams. Robert De Niro was a student of Stella Adler, and his notes and monologues from his sessions with Adler are included with his papers at the Ransom Center.

The 12 clips offer highlights into Adler’s teaching methods and her approach to acting. Here are a few takeaways:

• Many of the recordings in the Stella Adler collection focus on script interpretation. Adler strongly believed that all of the clues necessary to perform a role could be found in the script. She taught that it is the actor’s responsibility to analyze why characters behave the way they do and to become immersed in the world of the play. This immersion also included conducting research on the life and world of the playwright. “If you know something about the author’s life,” she says, “you’ll know something about what made him write.”

• Adler believed it was important to embody the physicality of a character. Some playwrights like George Bernard Shaw write such vivid stage directions, that the physical descriptions and mannerisms are already present in the text. These help capture something of the essence of that character. Actors must do the work of creating a physicality for a character when the playwright hasn’t explicitly described it themselves.

• Adler taught that actors should always be in control of their body. At one point in her class, a student yawned during her lecture, and Adler stopped everything to chastise them. “Don’t yawn, darling. Don’t yawn. If you’re an actress, you will not get tired. If you’re a pisheka [Yiddish slang for a nobody, or an inexperienced person], you’ll get tired.”

• She used personal experiences to draw parallels to character analysis. Her persecution during the Joseph McCarthy period provided a framework for unpacking the politics of power in Henrik Ibsen’s The Enemy of the People, while her own mother inspired her interpretation of the character of the aging Madame Arkadina in Anton Chekhov’s The Seagull.

• Good actors have powerful insights into the human experience. At one point, quoting Schopenhauer and Nietzsche while unpacking Strindberg’s Miss Julie, she reminded her students “that’s why I say if you get to this class, you’ll be a lot wiser. You’ll make the same mistakes maybe, but you’ll be wiser.”

Our sincere thanks to Tom Oppenheim and the Stella Adler Studio of Acting for allowing us to share these clips online.