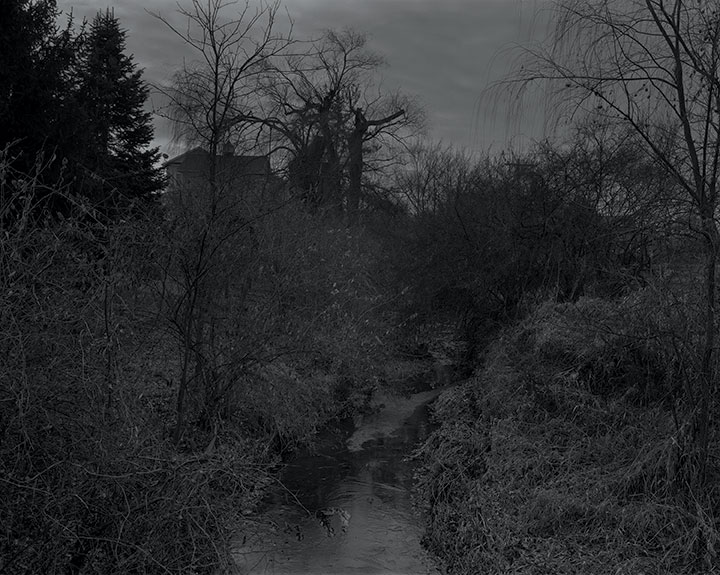 In 2017, renowned portraitist Dawoud Bey (American, b. 1953) reflected on his four-decade career by stating simply, “my work has largely been based on representation of the human subject.” He explained that he has used photography to depict “subjects such as the black subject, or young people, who are not always—within the larger social conversation—thought of as having a rich interior life.” In addition to these poetic portraits of ordinary people, Bey has recently begun confronting central events in African American history, asking, “what kind of work can one make about something that happened decades ago?”    END_OF_DOCUMENT_TOKEN_TO_BE_REPLACED 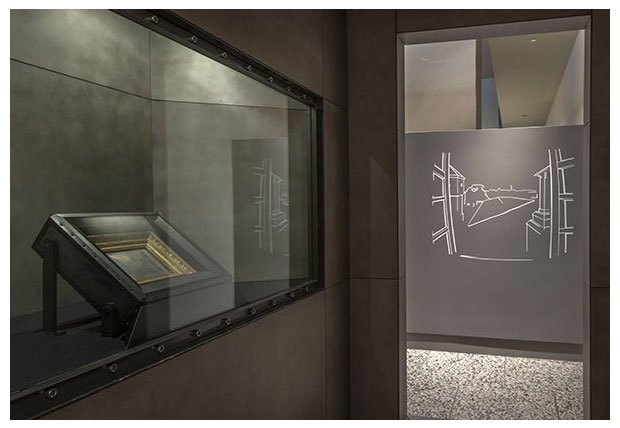 One of the most celebrated objects in the history of photography is featured in a permanent exhibition just inside the main entrance to the Harry Ransom Center. The untitled photograph—the earliest known surviving photograph made with the aid of the camera obscura—was produced in 1827 by the French scientist and inventor Joseph Nicéphore Niépce using a process he called héliographie. Permanent exhibitions are never really “permanent,” however; objects may remain in place, but their meanings are always evolving, and exhibitions are periodically revised to reflect those advances. END_OF_DOCUMENT_TOKEN_TO_BE_REPLACED 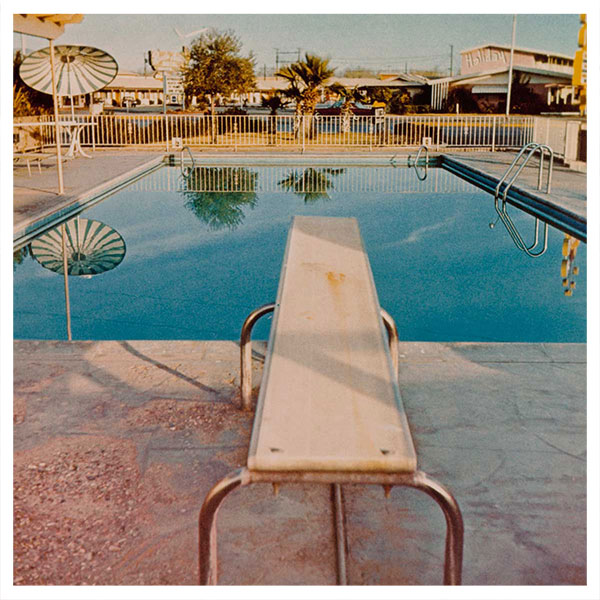 Driving along Route 66 in 1962, Ed Ruscha pulled over at the Jack Rabbit Trading Post just outside Joseph City, Arizona. END_OF_DOCUMENT_TOKEN_TO_BE_REPLACED 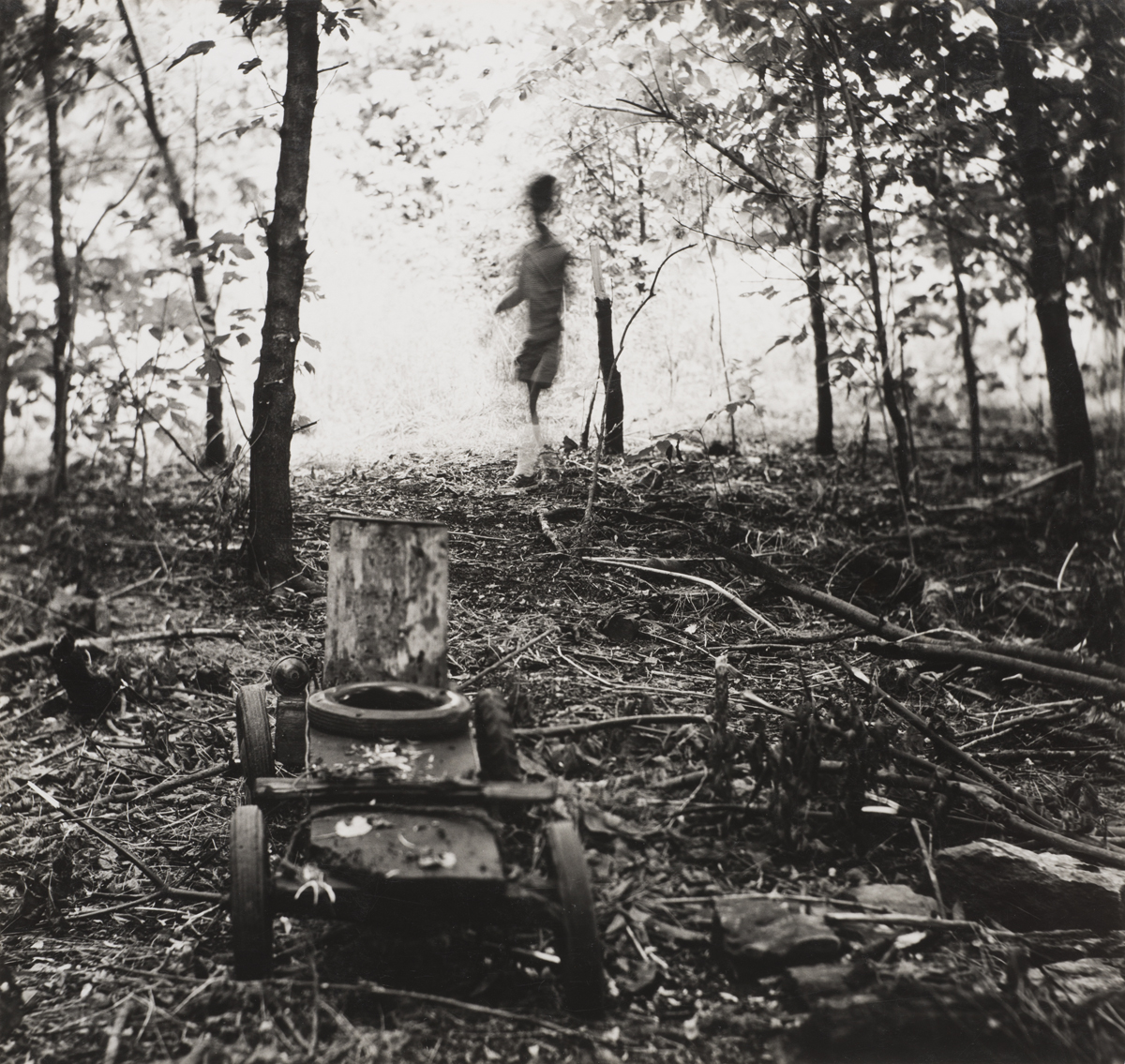 Studying the creative process of artists and writers, as well as tracing collaborations and intersections between them, is at the core of research at the Harry Ransom Center. In March 2015, the Ransom Center will highlight the intersection of photography and poetry in its collections, while celebrating creative collaboration across campus, in an exhibition organized with the Blanton Museum of Art. Wildly Strange: The Photographs of Ralph Eugene Meatyard will feature approximately 35 photographs exclusively drawn from the Ransom Center’s photography collection and archives of writers in Meatyard’s intellectual network.

In the late 1950s, Meatyard (1925–1972) began staging elaborate visual dramas enacted by his wife, children, and close friends, and experimenting with multiple exposure, blur, and abstraction to imbue his images with an ambiguous, dreamlike quality. The abandoned farmhouses and densely wooded forests of rural Kentucky served as sets for Meatyard’s symbolic scenes, turning otherwise ordinary family snapshots into unsettling vignettes of life in a deteriorating South. Meatyard called these photographs “Romances,” adopting the definition American satirist Ambrose Bierce provided in his Devil’s Dictionary: “Fiction that owes no allegiance to the God of Things as They Are.”

Groundbreaking in their time and challenging even today, Meatyard’s photographic fictions were embraced by his circle of writers and artists in Lexington, Kentucky. Guy Davenport (1927–2005), a close friend and neighbor, was routinely one of the first to examine Meatyard’s new work and used one of his photographs on the cover of Flowers & Leaves, Davenport’s 1966 long poem. Just after Davenport viewed the last of Meatyard’s photographs in 1972, he wrote to literary scholar Hugh Kenner of the “wildly strange pictures” he had seen. The exhibition will present an intriguing selection of Meatyard’s “Romances” made between 1958 and 1970, including rare variants of published images.

While Meatyard’s “Romances” are familiar to those who study and appreciate photography, his evocative portraits of writers are less well known. Often incorporating the spectral blur and unconventional angles of his primary work, they served as unconventional authors’ portraits for book jackets and promotional materials. Prints were exchanged among Meatyard’s sitters, and many entered the Ransom Center’s collections with their archives. A group of these portraits will be assembled in Wildly Strange: The Photographs of Ralph Eugene Meatyard to highlight the relationships both between these creative figures in Lexington and across the collections at the Ransom Center.

As the Ransom Center continually seeks innovative ways to share its collections, this collaboration with the Blanton Museum of Art will introduce its photography holdings to a new audience and will demonstrate the collective strength of the cultural institutions across The University of Texas at Austin campus.

Manuel Álvarez Bravo and His Contemporaries: Photographs from the Collections of the Harry Ransom Center and the Blanton Museum of Art 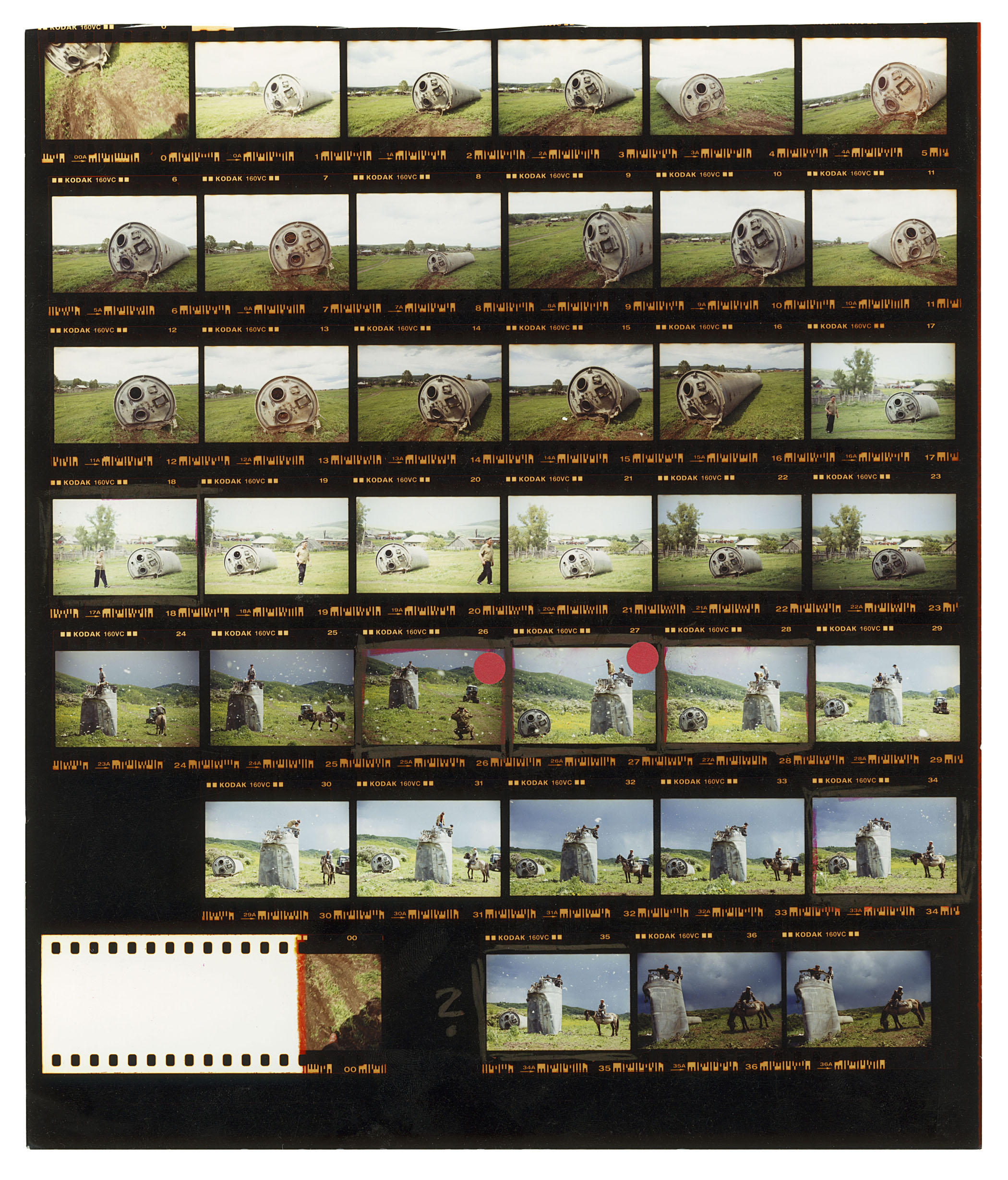 In 2012, Magnum introduced the sale of carefully reproduced contact sheets, offering “the opportunity to own a piece of Magnum’s history.” Indeed the digital turn in photography has forced the contact sheet, once an inextricable part of the photographic process, into obsolescence. Contact sheets, made when negatives are printed directly in contact with photographic paper, gave photographers a first look at their images and provided an important tool for editing. They also serve as artifacts, revealing how photographers approach a subject and work through time and space.

In a statement for the 2011 group publication Magnum: Contact Sheets, edited by International Center of Photography Curator Kristen Lubben, Jonas Bendiksen (b. 1977) marveled at his apparent hesitancy to “use up” too much film on any one scene. He recalled, “here we were in a cloud of white butterflies circling the remains of a Soyuz space rocket’s second stage, while local farm boys were gutting it for scrap metal. In total I shot less than half a roll of film. From the basic angle and composition from which I got the final selection, I clicked the shutter three times. That would not have happened today.”

Bendicksen’s contact sheet and final image are on view through January 5 in the Ransom Center’s exhibition Radical Transformation: Magnum Photos into the Digital Age.

In a stunning break with the black-and-white tradition of war photography, Susan Meiselas’s pulsating color images documenting the resistance against—and ultimate insurrection of—the brutal Somoza dynasty in Nicaragua were published in magazines and newspapers around the world. The revolutionaries quickly appropriated her photographs, adapting them for billboards, postage stamps, posters, and other imagery in support of their cause. In 1981 Meiselas (b. 1948) published her landmark book Nicaragua, June 1978–July 1979, combining photographs, historical documentation, and the personal testimony of Nicaraguans in an attempt to “overcome the sensational quality of fragmentary news reports by placing these events in the context of an evolving political process.” Retracing her steps, she returned to Nicaragua in 1991 for the film Pictures from a Revolution, and again in 2004 for the project Reframing History, an installation of 19 mural-size enlargements of her original photographs at the sites where they were first made, reigniting discussions about the past and reconsiderations of dreams once held of a better future.

For some Magnum photographers, picture stories published in magazines and newspapers represent just the first stage in the development of a much larger project. Some consider the book the ideal platform for extended visual narratives. Conceived independently and conducted outside the traditional framework of photojournalism, books have become a mainstay of documentary practice and an integral part of Magnum’s creative repertoire. Since the agency’s founding, Magnum Photos has published dozens of group projects, and its members have collectively produced over 1,000 volumes that together form both a history of Magnum and a history of the modern world.