Harmon was an undergraduate intern who assisted in the curation of gallery and web exhibitions. She studied English, History, and Spanish. 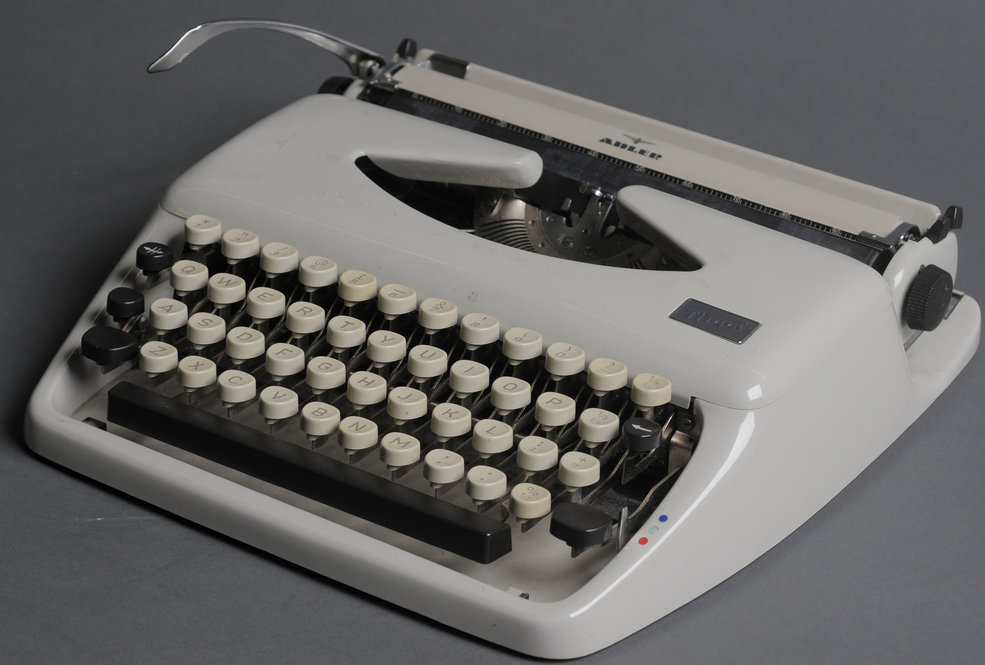 In 2008, John Fowles’s widow shipped to the Ransom Center 90 boxes of the writer’s manuscripts, books, and personal effects to be added to the author’s extensive papers, the bulk of which were acquired in 1991. Among the items received was Fowles’s writing desk, complete with its contents. On March 31, 2011—Fowles’s 85th birthday—the desk will be placed on display in the Ransom Center’s Reading and Viewing Room, where it will remain for at least the next two years. It joins the desks of Edgar Allan Poe and Compton MacKenzie, which have been on display since the room opened to researchers in 2003. Fowles’s desk will be displayed with drawers open to reveal a selection of its fascinating contents.

As an undergraduate intern at the Ransom Center, I was given the opportunity to sort through the desk and its contents in preparation for their display. The two-drawer desk is spartan and well-loved, its surface marred by cigarette burns, its left drawer marked with addresses and phone numbers in Fowles’s hand. The contents range from dried seeds and paleontology slides to a pair of brass knuckles. After spending an afternoon sifting through the desk’s contents, I was hooked. Who was this man who kept a pair of brass knuckles next to his slides of Ammonite-Spinokosmoceras?

Unfamiliar with Fowles’s work, I looked to The Magus for an introduction and saw echoes of Fowles’s desk and its contents throughout the novel. A handful of Greek coins in the left drawer recalled the novel’s setting on a Greek island, while one especially suspenseful scene in the first half of the novel reminded me of a mysterious, single black and gold die. As I became acquainted with Fowles’s other novels, I saw reflections of his writing in further items from his desk; among other things, the typewriter ribbon canisters stamped “Lyme Regis” recalled The French Lieutenant’s Woman.

The contents of John Fowles’s desk, then, are at once material and literary. The Center’s John Fowles papers are rich with research opportunities, but the desk provides us with something more: a glimpse into the physical objects from the writer’s life that, at times, seem to coincide with moments from his many novels.

Image: Tippa model typewriter made by Adler. This is one of three Fowles typewriters at the Ransom Center. Photo by Anthony Maddaloni.