Rine was chair of the Center's grant committee and coordinated proposals to federal and state agencies, foundations, and corporations. 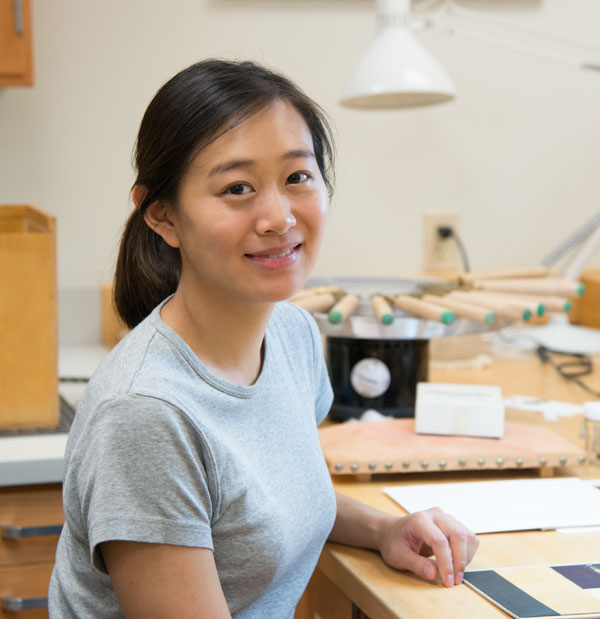 Thanks to a generous gift from Judy and Bill Bollinger, the Ransom Center announces its first post-graduate conservation fellow. END_OF_DOCUMENT_TOKEN_TO_BE_REPLACED 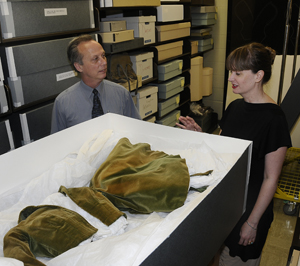 Thanks to the generous donations of more than 600 supporters from around the world, the Ransom Center is delighted to announce that the fundraising goal to preserve the Gone With The Wind costumes has been reached. From Alaska to Florida, from Australia to Ireland, the response to this project has been enthusiastic and widespread. Although we knew there were legions of devoted Gone With The Wind fans, the overwhelming concern and support for these costumes provides tangible evidence of the power of movies to strike a deep and lasting chord in our collective consciousness. We deeply appreciate the many calls, letters, and emails, which further bolster our commitment to ensuring that the costumes from the David O. Selznick collection will be preserved for future generations to enjoy.

As Gone With The Wind costume designer Walter Plunkett had remarked, “I don’t think it was my best work or even the biggest thing I did… But that picture, of course, will go on forever, and that green dress, because it makes a story point, is probably the most famous costume in the history of motion pictures.”

To those of you who contributed to the project, thank you for helping to preserve these iconic Hollywood treasures. We look forward to seeing you at our exhibition in 2014 celebrating the 75th anniversary of Gone With The Wind. 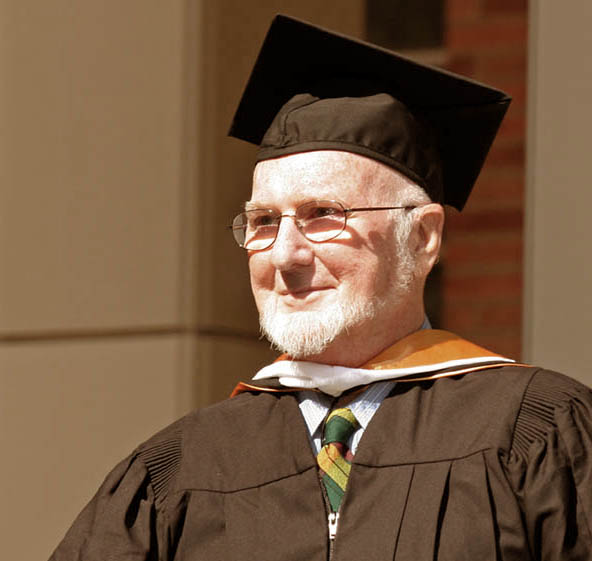 The Ransom Center recently received a grant from the Tinker Foundation, based in New York City, to restore and make accessible four films by Jorge Prelorán. The series, “The Argentine Gaucho Today,” resides in the Edward Larocque Tinker collection at the Ransom Center.

Born to an Argentine father and Irish-American mother, Prelorán held both American and Argentine citizenship. He grew up in Buenos Aires, studied architecture and then film at the University of California, Los Angeles in 1961, began filming at the University of Tucumán, and moved to Los Angeles in 1976 to teach at UCLA until he retired in 1994. Prelorán died in 2009.

A cultural icon in Argentina, Prelorán donated his archive to the Human Studies Film Archives at the Smithsonian Institution in 2008. He is celebrated for having developed a cinematic genre known as ethnobiography.

What makes this grant special is that the Tinker Foundation provided the original grant to Prelorán to produce the films in 1961. “The Tinker Foundation has come full circle in that it supported the creation of the films, and now it is making certain that the films will continue to benefit students and scholars interested in documentary film well into the future,” said Steve Wilson, Curator of Film at the Ransom Center. “Not only will students and scholars be able to study the films at the Ransom Center, but through our collaborations with the Smithsonian Institution, they will also be available for exhibitions and dissemination via video, television, and the Internet,” he added.

Prelorán’s interest in documentary film production was fueled by work in Hollywood as an assistant director for documentary films and television. In 1961, he received an opportunity to further develop his documentary talents: a $35,000 grant from the Tinker Foundation to make a film on gauchos in Argentina. In an interview, Prelorán recalled, “With $8,000, a borrowed jeep, and seven hours of film, I set out with Horst Cemi, also a UCLA graduate, to discover my country, Argentina.”

The result was not one film, but a four-film series on the gauchos found in representative cattle raising areas.

Among his many honors, Prelorán received the Golden Astor award for life achievement at the Mar del Plata Film Festival in Argentina (2005) and was also declared a Distinguished Citizen by the City of Buenos Aires (2005). In 2008, Prelorán was awarded the International Cinema Artist award by the UCLA School of Theater, Film and Television. A feature-length Argentine documentary film on Prelorán’s life’s philosophy, Huellas y Memoria (Footsteps and Memory), was released in 2009.