Before Writing, Volume I &Volume II 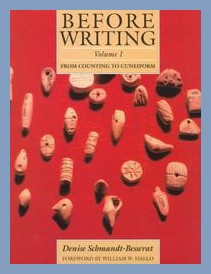 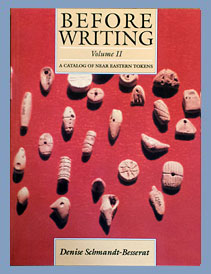 In 1992, the University of Texas Press published Before Writing, Volume I: From Counting to Cuneiform and Before Writing, Volume II: A Catalog of Near Eastern Tokens. In these two volumes, Denise Schmandt-Besserat set forth her groundbreaking theory that the cuneiform script invented in the Near East in the late fourth millennium B.C.—the world’s oldest known system of writing—derived from an archaic counting device.

Before Writing Vo. II on the Texas Data Repository – available as a PDF or an XML file.

University of Texas Press:
Before Writing, Vol. I: From Counting to Cuneiform
Before Writing Vol. II: A Catalog of Near Eastern Tokens

How Writing Came About 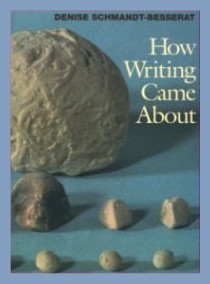 How Writing Came About, is listed as one of the 100 books that shaped science in the 20th century,  American Scientist, November-December 1999, p. 533. The Handbook to Life in Ancient Mesopotamia recently named Denise as one of just 62 ‘Discoverers’, along with such estimable names as the Greek historian Herodotus, American philologist A. Leo Oppenheim and Babylonian King Nabonidus.  Stephen Bertman, Handbook to Life in Ancient Mesopotamia, Facts on File Inc., New York 2003, p. 48.

How Writing Came About is digitized and available on
the web at: http://www.netlibrary.com 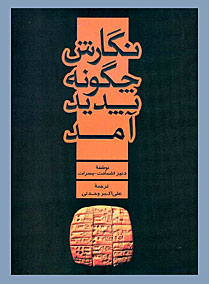 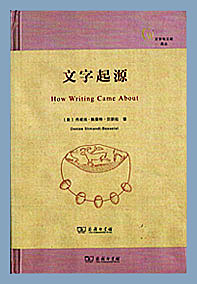 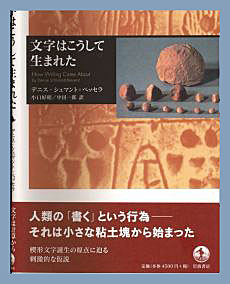 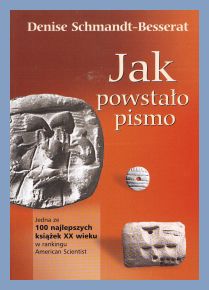 How Writing Came About, (Austin: University of Texas Press, 1996) Polish translation by Agade Publishing House, Warsaw, Poland, 2007. The Polish title Jak powstato pismo may be ordered from the publisher at www.agade.com.pl

When Writing Met Art: From Symbol to Story 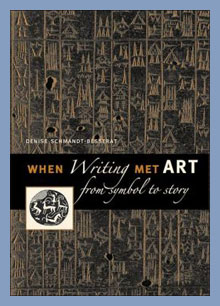 In her most recent book, When Writing Met Art (2007), Denise Schmandt-Besserat investigates the impact of literacy on visual art. She shows that, before writing, art of the ancient Near East mostly consisted of repetitive motifs. But, after writing, conventions of the Mesopotamian script, such as the semantic use of form, size, order and placement of signs on a tablet was applied to images making it possible to build complex visual narratives. She also shows how, reciprocally, art played a crucial role in the evolution of writing, from a mere accounting system to a phonetic script emulating speech, when monuments featured funerary and votive inscriptions.

University of Texas Press, February 2007:
When Writing Met Art – from symbol to story