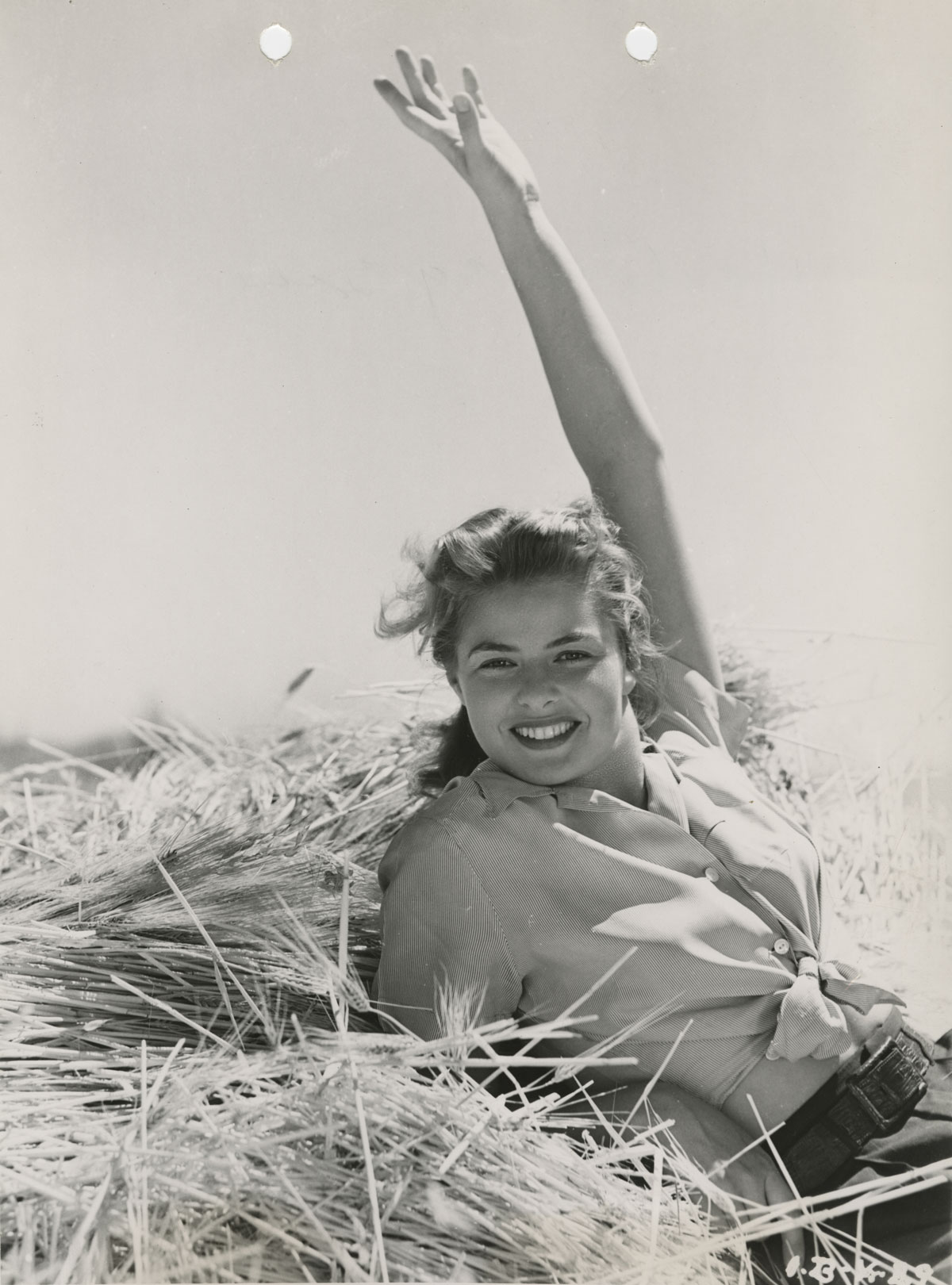 David O. Selznick (1902–1965) was not only a producer of celebrated films such as A Star Is Born (1937), Gone with the Wind (1939), and Since You Went Away (1944), but also of popular star identities. During his prolific career as an independent producer, he brought into prominence actors Gregory Peck and Louis Jourdan and actresses Vivien Leigh, Joan Fontaine, Ingrid Bergman, and Jennifer Jones, among others. Stars represented important assets for Selznick’s company and the producer took great pains to develop and protect them: he personally selected their films and key collaborators, made numerous contributions to screenplays, advised directors and cameramen on how to photograph them, and supervised promotion and publicity for them and their projects.

Among Selznick’s most valuable contract players was Ingrid Bergman

Discovered in her native Sweden by Selznick’s talent scout Kay Brown, Ingrid Bergman was brought to the U.S. in 1939 and cast in an English-language remake of one of her own films Intermezzo (originally produced in 1936 and directed by Bergman’s mentor Gustaf Molander). Always cost-conscious, Selznick argued that “one of the principal reasons for buying foreign pictures to remake, is that when they are good they save a very large part of the agonies of creative preparation and a large part of the cost as well.”

Prior to the release of the film, Selznick devised an ingenious plan of launching Bergman’s American career. He urged his associates to withhold all publicity on the actress with the purpose of letting the public and critics “discover her for themselves.” The absence of typical ballyhoo was perfectly in line with the way he wanted to present his new discovery–as an ordinary and unpretentious young woman with naturally good looks, in direct contrast to exotic glamour types in the vein of Greta Garbo and Marlene Dietrich.

Yet, the Selznick collection materials at the Harry Ransom Center reveal that Bergman’s celebrated naturalness and authenticity were, to a certain extent, products of a tightly controlled process supervised by Selznick himself. Specifically, Selznick paid extraordinary attention to her photography in Intermezzo because, according to Selznick, “it is the difference between a successful picture and an unsuccessful picture; the difference between a new star and a girl who will never make another picture here.” Selznick was dissatisfied with the work of his first cameraman, Harry Stradling, who proved unable to capture Bergman’s unique qualities and was replaced with Gregg Toland, who was famed for his innovative lighting techniques. Despite Toland’s impressive track record, which included two Oscar nominations and a recent cinematographic triumph in Wuthering Heights (1939), Selznick closely monitored his progress and made regular suggestions. In a memo from June 22, 1939, he instructs Toland and director Gregory Ratoff how to photograph Bergman and lists numerous requirements. These include:

Selznick even personally devised Bergman’s introductory scene in the film, which would present the actress to American audiences for the very first time, and ordered several retakes until he was completely satisfied. We can see, then, that a lot of artifice was necessary to properly render (or produce?) Bergman’s reputed “naturalness.”

Even though Intermezzo: A Love Story didn’t become a resounding box office success, it accomplished Selznick’s most important goal: it provoked audiences’ and critics’ interest in his new discovery. In the following years, Ingrid Bergman went on to become one of the most popular and beloved Hollywood personalities, starring in Casablanca (1942), Gaslight (1944), and Spellbound (1945).

Dr. Milan Hain is an assistant professor in the Department of Theater and Film Studies at Palacký University in the Czech Republic whose research incorporates studies of classical Hollywood film, exile cinema, and film noir. Hain is the author of Hugo Haas and His (American) Films, co-author of Within the Lines of Admissibility: Censorship in Film and Television, and editor of Hugo Haas: Between Central European and American Culture. Hain received a fellowship supported by the Filmscript Acquisitions Endowment to conduct research for Selznick International: Courting Europe.