Council on Library and Information Resources 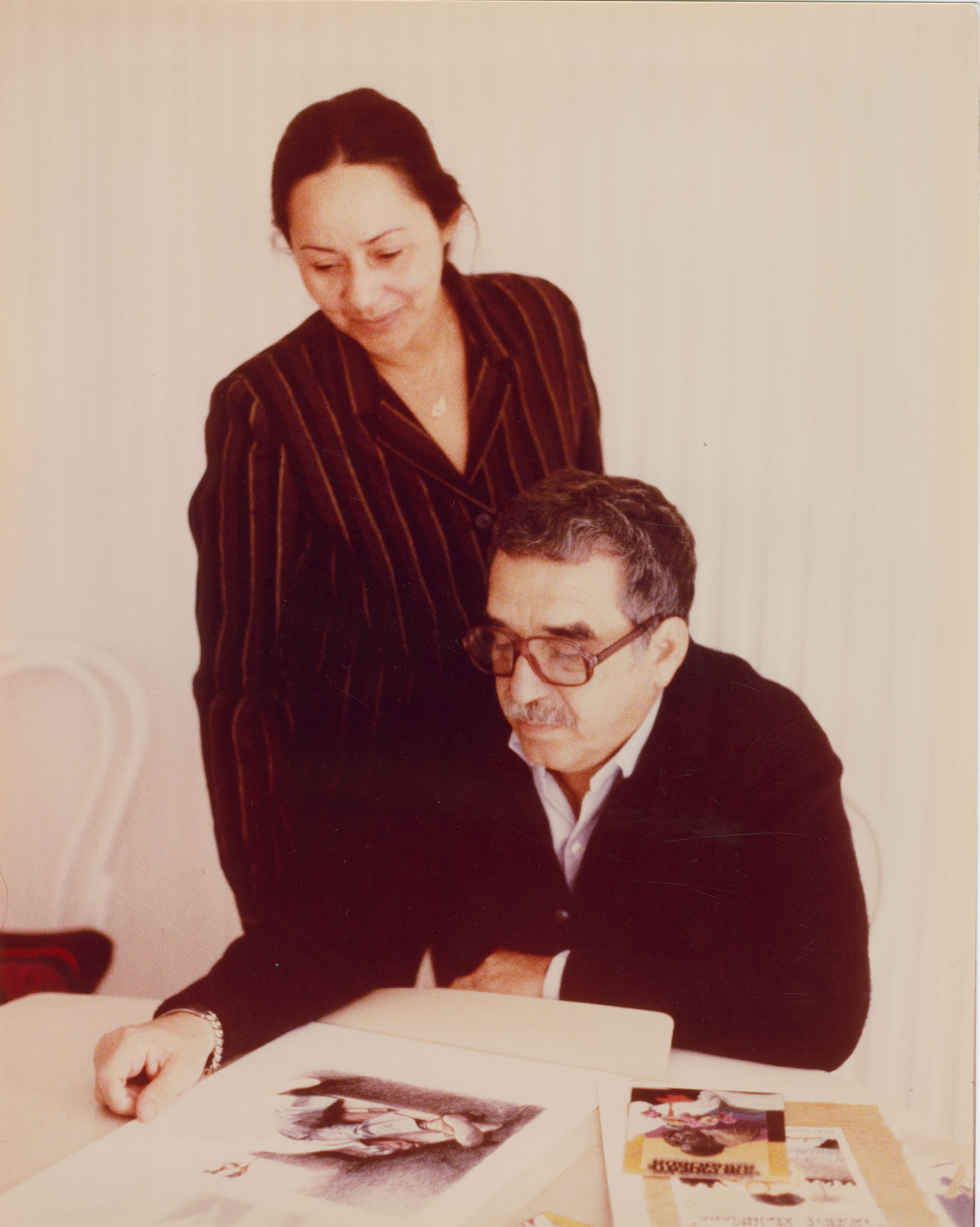 In August 2016, I joined the Ransom Center as a graduate student assistant from The University of Texas at Austin’s School of Information to digitize the Gabriel García Márquez papers. END_OF_DOCUMENT_TOKEN_TO_BE_REPLACED 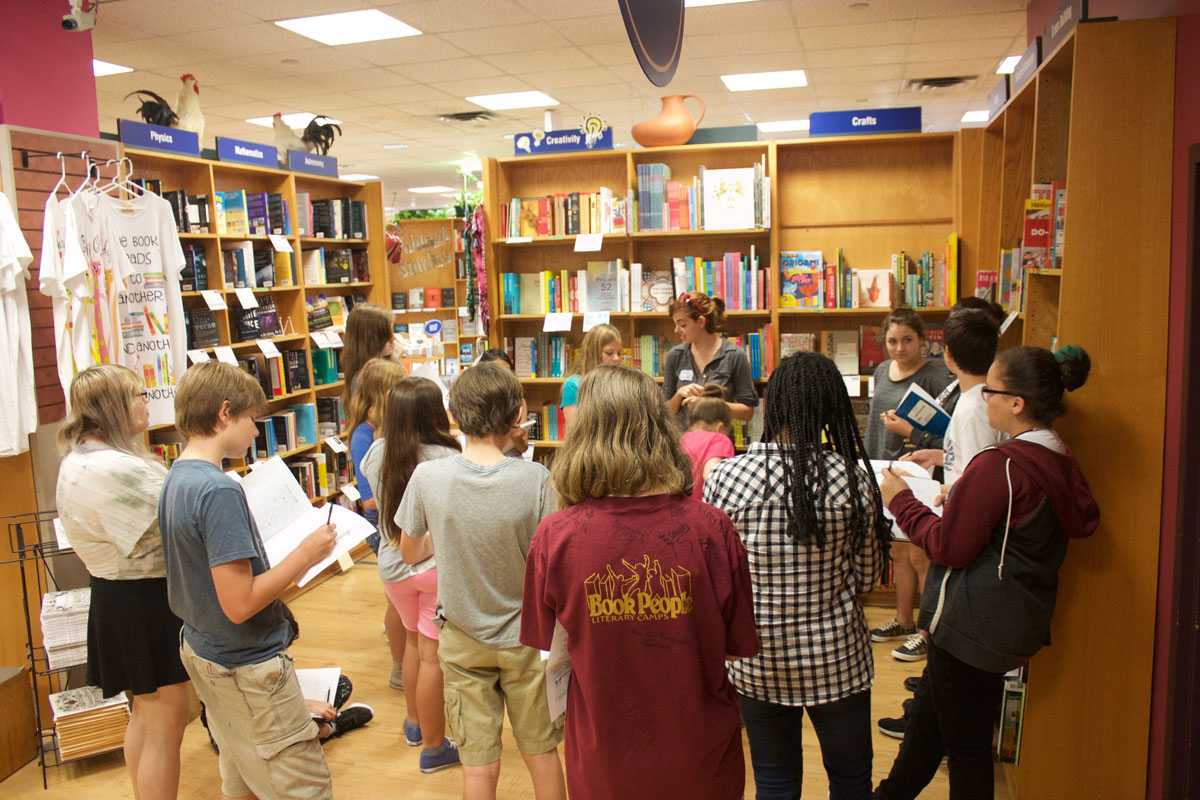 In December 2015, the Council on Library and Information Resources granted the Harry Ransom Center a Digitizing Hidden Special Collections and Archives award to scan more than 24,000 pages from the Gabriel García Márquez archive.

END_OF_DOCUMENT_TOKEN_TO_BE_REPLACED 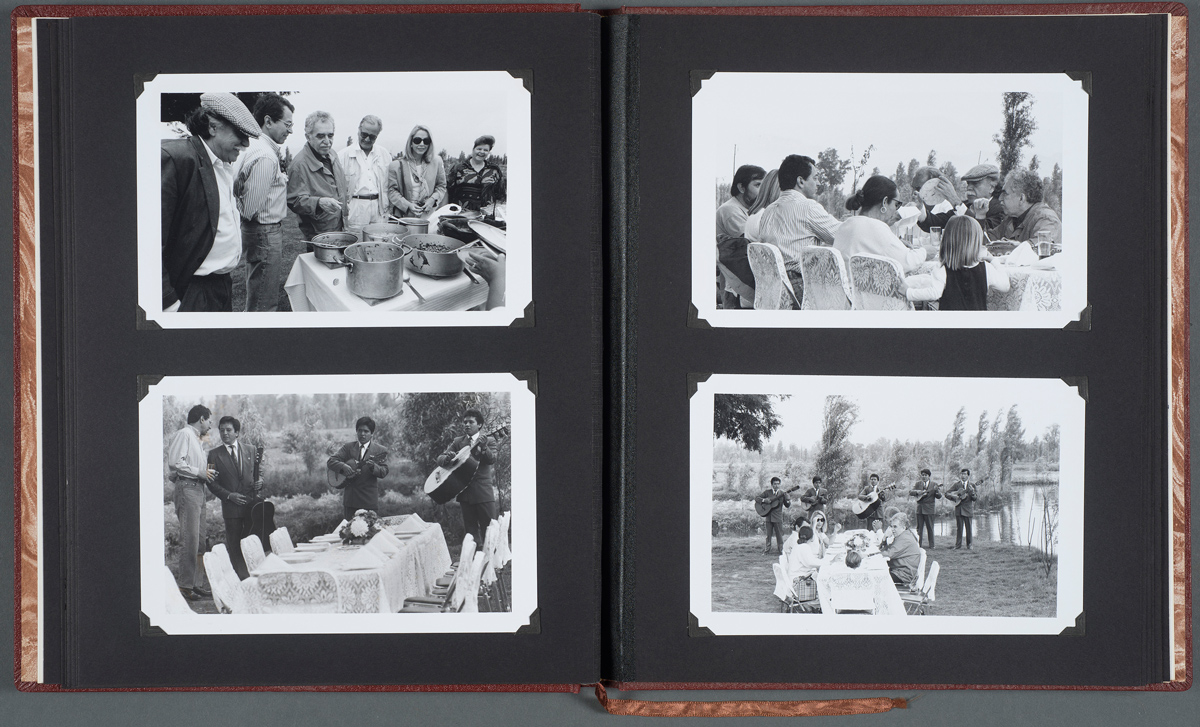 The Council on Library and Information Resources (CLIR) has granted the Harry Ransom Center a 2015 Digitizing Hidden Special Collections and Archives award to digitize more than 24,000 pages from the Gabriel García Márquez archive. END_OF_DOCUMENT_TOKEN_TO_BE_REPLACED 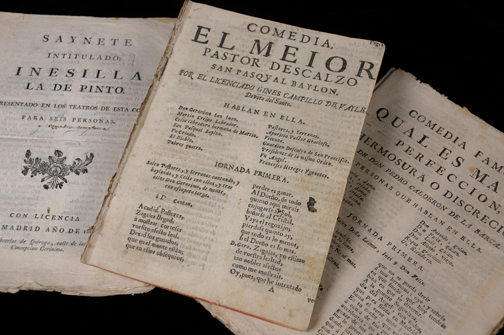 The Texas Collection of Comedias Sueltas and Spanish Theater is available for research. Individual records for each suelta are also available in an online database, providing extensive information about the collection.

The collection includes more than 15,000 “comedias sueltas,” a generic term for plays published in small pamphlet format in Spain from the early seventeenth century through the early twentieth century. The materials at the Ransom Center have been described as one of the major collections of Spanish dramatic literature in suelta form in North America.

Within the collection, more than 2,500 authors were identified of sueltas and related works published between 1603 and late 1930s. Nearly 600 sueltas at the Cushing Library at Texas A&M University were also cataloged as part of the project.

The Council on Library and Information Resources (CLIR) funded the cataloging project “Revealing Texas Collections of Comedias Sueltas” under its “Cataloging Hidden Special Collections and Archives” initiative. CLIR is a nonprofit organization that works with libraries, cultural institutions, and communities of higher learning to enhance research and teaching.

On September 29-30, the Department of Spanish and Portuguese at The University of Texas at Austin, the Department of Hispanic Studies at Texas A&M University and the Ransom Center will host the conference “The State of the Comedia Suelta: Celebrating the Texas Collections.” Held at the Ransom Center, the conference will highlight writers and/or works represented in the collection. Researchers from a variety of fields — including Hispanic literature and culture, history of the book, music, theater, bibliography, conservation, and library science — are expected to attend. 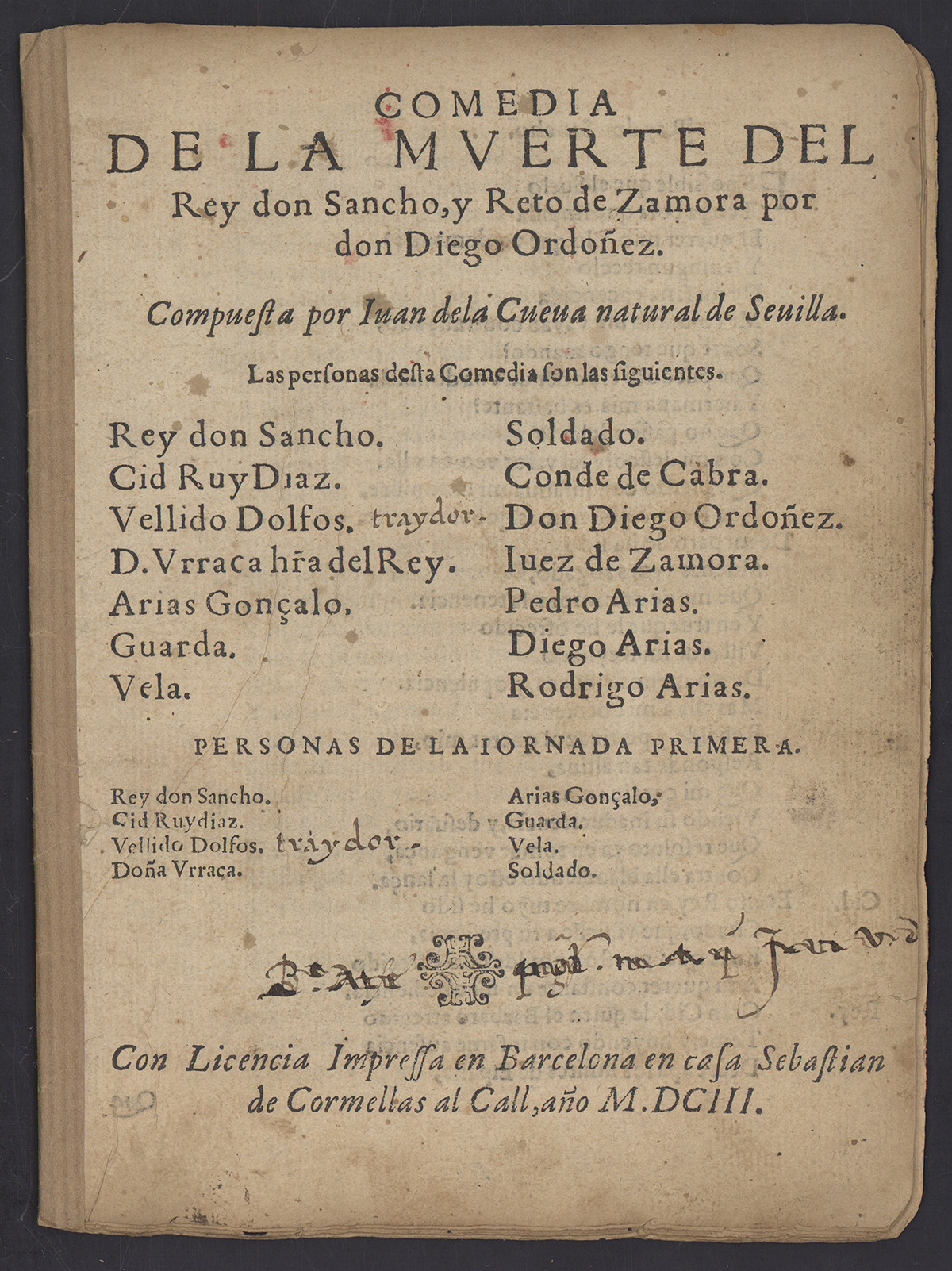 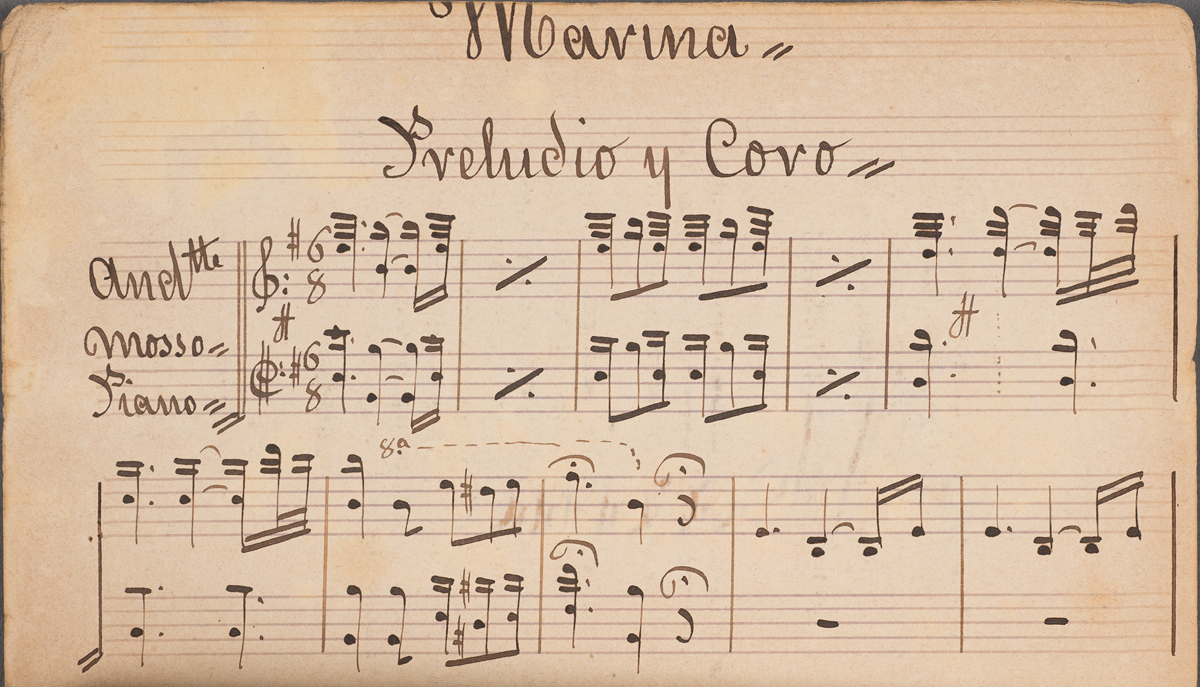 As cataloging of the Texas collection of comedias sueltas continues at the Harry Ransom Center, new features about these plays continue to be identified. The sueltas collection comprises nearly 14,000 titles published from the second half of the seventeenth century through the early twentieth century. More than half of the collection’s cataloged works were published between 1850 and 1900, which isn’t surprising as theater was the center of cultural and social life in nineteenth-century Spain.

The nineteenth-century witnessed the building of new theaters, a growing audience, an increasing number of highly prolific writers, and the development of new techniques of staging and dramatic performance. One of the most prominent developments, however, was the blossoming of lyric theater, which in Spain reached its pinnacle with its very own national genre: the zarzuela.

Lyric theater has existed in Spain since the 1630s, when King Philip IV started hosting performances at his hunting lodge near Madrid, known as La Zarzuela because of the brambles (zarzas in Spanish) that surround it. One of the earliest known performances of this genre is El jardín de Falerina written by Calderón de la Barca with music by Juan Hidalgo. In fact, Calderón became the most prominent lyric theater author, and some of his later works, such as El Laurel de Apolo, were already being referred to as zarzuelas.

When Italian opera was brought to Spain at the beginning of the eighteenth century, its popularity overshadowed the baroque zarzuelas. In the 1850s, while some intellectuals in Madrid were trying to create a truly national Spanish opera, other less ambitious composers revived the zarzuela. It was in the second half of the nineteenth century that zarzuelas would reach their Golden Age with authors such as Francisco Asenjo Barbieri, Tomás Bretón, Federico Chueca, Amadeo Vives, and Ruperto Chapí.

Differing from opera because it included dialog alongside singing, the new zarzuela had an excellent reception in Spanish society. At that time, Spain was going through a tumultuous period marked by the Revolution of 1868, an economic crisis, political instability, and the eventual crisis of identity brought on by losing the Spanish American War of 1898. Zarzuelas were an escape for the nineteenth-century Spanish theatergoers, much in the same way that musical films were for the American postwar public of the 1940s and 1950s. Zarzuela themes—usually love stories—were based on Spanish folklore and set in familiar Spanish locations. The plots, set mostly in the working-class districts, ranged from the buffa, or comic style, to the extremely dramatic. They were sung in Spanish and frequently included folkloric dances and costumes. Some of the most popular titles like La verbena de la Paloma, La Revoltosa, La Gran Via, or El barberillo de Lavapies are still being performed today in Madrid at the Teatro de la Zarzuela, open to the public since 1856.

The librettos and music were generally sold separately, and the rights of reproduction were held by different entities, as can be inferred from the catalogs printed on the wrappers and the dealers’ stamps found in the cataloged zarzuelas. However, some of the copies in the Ransom Center’s collection include additional pages with printed or handwritten scores and lyrics.

The hundreds of zarzuelas in the Ransom Center’s sueltas collection provide an excellent example of this genre’s popularity and reach. Without a doubt, these works constitute a valuable source for the study of Spanish popular culture of the period, as well as for the understanding of specific matters related to nineteenth-century theater as an organized entertainment industry.

The cataloging of the comedias sueltas is supported by a grant from the Council on Library and Information Resources Cataloging Hidden Special Collections and Archives.