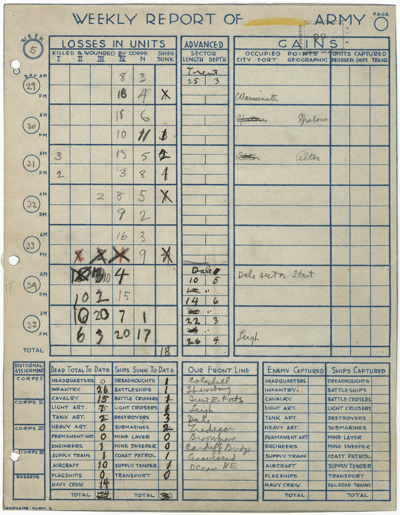 Szerlip contributed the essay Colossal in Scale, Appalling in Complexity: The Genesis of Futurama for the May issue of The Believer Magazine. In the piece Szerlip shares her discovery of the detailed private games that Bel Geddes created in the 1920s and early 1930s, which served as precursors to Futurama, the landmark exhibition he created for the 1939 New York World’s Fair.

Even after 10 weeks of researching the collection at the Ransom Center, the material provided Szerlip with many surprises.

“The humor and the insight into Bel Geddes’s character that this particular story provides were immediately obvious to me,” said Szerlip. “It was a short step from the games to Futurama and beyond—work he subsequently did for the military during WWII. It was just a question fleshing it all out and then assembling the bits and pieces.”

“There have been many wonderful, even startling, surprises. And more, I’m sure, to come when I return to Austin this fall.”