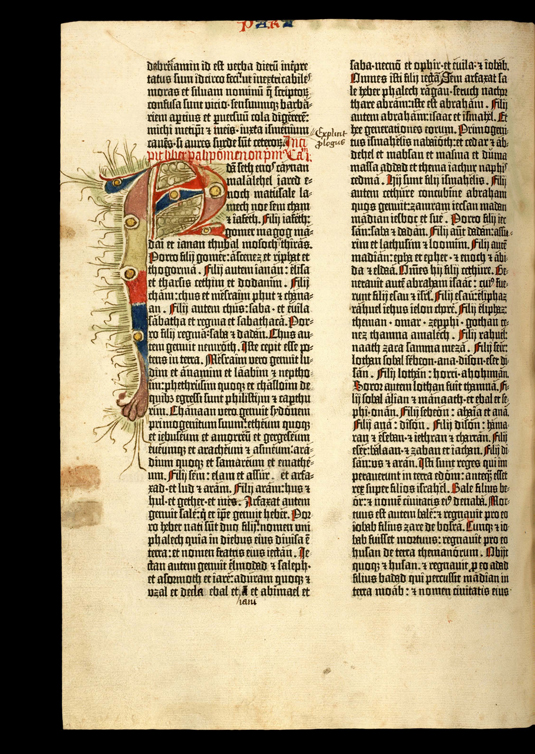 The Ransom Center’s two-volume Gutenberg Bible is on permanent display. Every few months the Center’s staff changes the opening, allowing visitors to see different pages and to protect the volumes from overexposure to light. END_OF_DOCUMENT_TOKEN_TO_BE_REPLACED

Among the most striking features of the two volume Gutenberg Bible is the consistency of its printing and the elegance of its letterforms: the rich black ink, evenly pressed into the page resembles the applied precision of a pen—and for good reason. The typeface of the Gutenberg Bible is based on the standard hand-written letterform used in religious works of the late-medieval period: Textura, also referred to as Blackletter, or Gothic. The letters have strong vertical stokes and a boxy appearance. The exact technique by which Gutenberg cast his type in lead is not fully agreed upon by scholars, but it is generally thought that the types were produced by casting molten metal into small letter-shaped molds.

END_OF_DOCUMENT_TOKEN_TO_BE_REPLACED 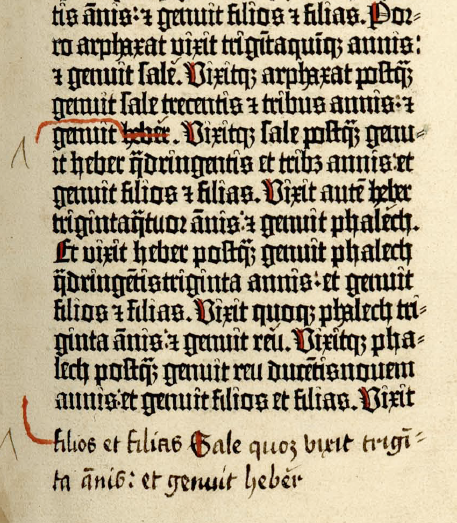 Fall is here and with the turning of the leaves it is time to turn another page of the Ransom Center’s Gutenberg Bible. Our copy of the Bible is full of signs of previous readers and their interactions with the text. A rather interesting example of close reading is found in Genesis 11. END_OF_DOCUMENT_TOKEN_TO_BE_REPLACED 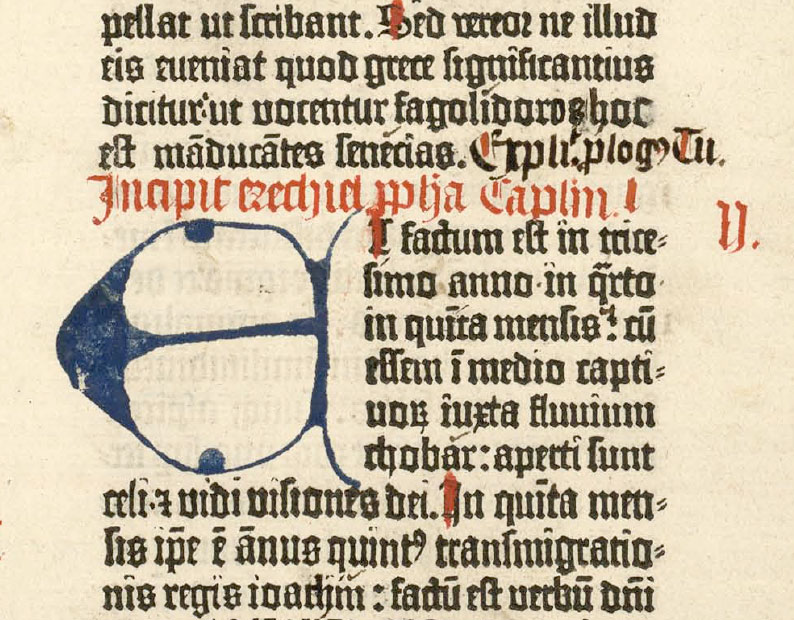 The Ransom Center’s two-volume Gutenberg Bible is on permanent display in the lobby. Every three months the Center’s staff changes which page of the Bible is displayed, allowing us to share different pages with our visitors, and also protect the volumes from over exposure to light, stress on their bindings, and other preservation concerns. The process of turning the Gutenberg’s pages involves staff of the conservation department, exhibition services, the curator, and of course campus security. Each time we select a new opening we look for some unique or exemplary feature that will reveal the history of our copy or some unique feature absent from the other known copies of the Bible.

END_OF_DOCUMENT_TOKEN_TO_BE_REPLACED 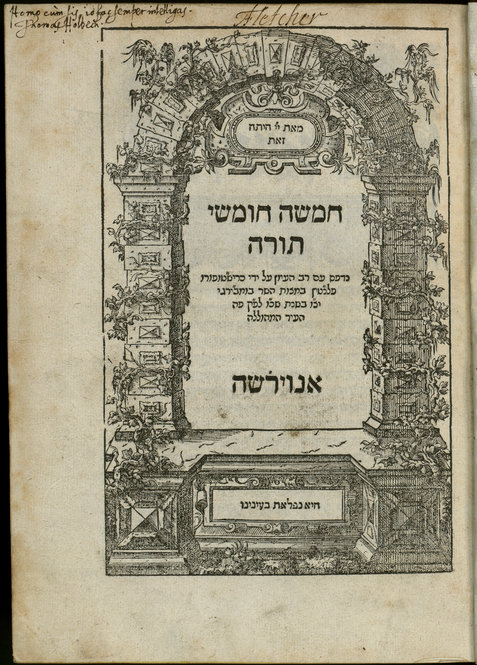 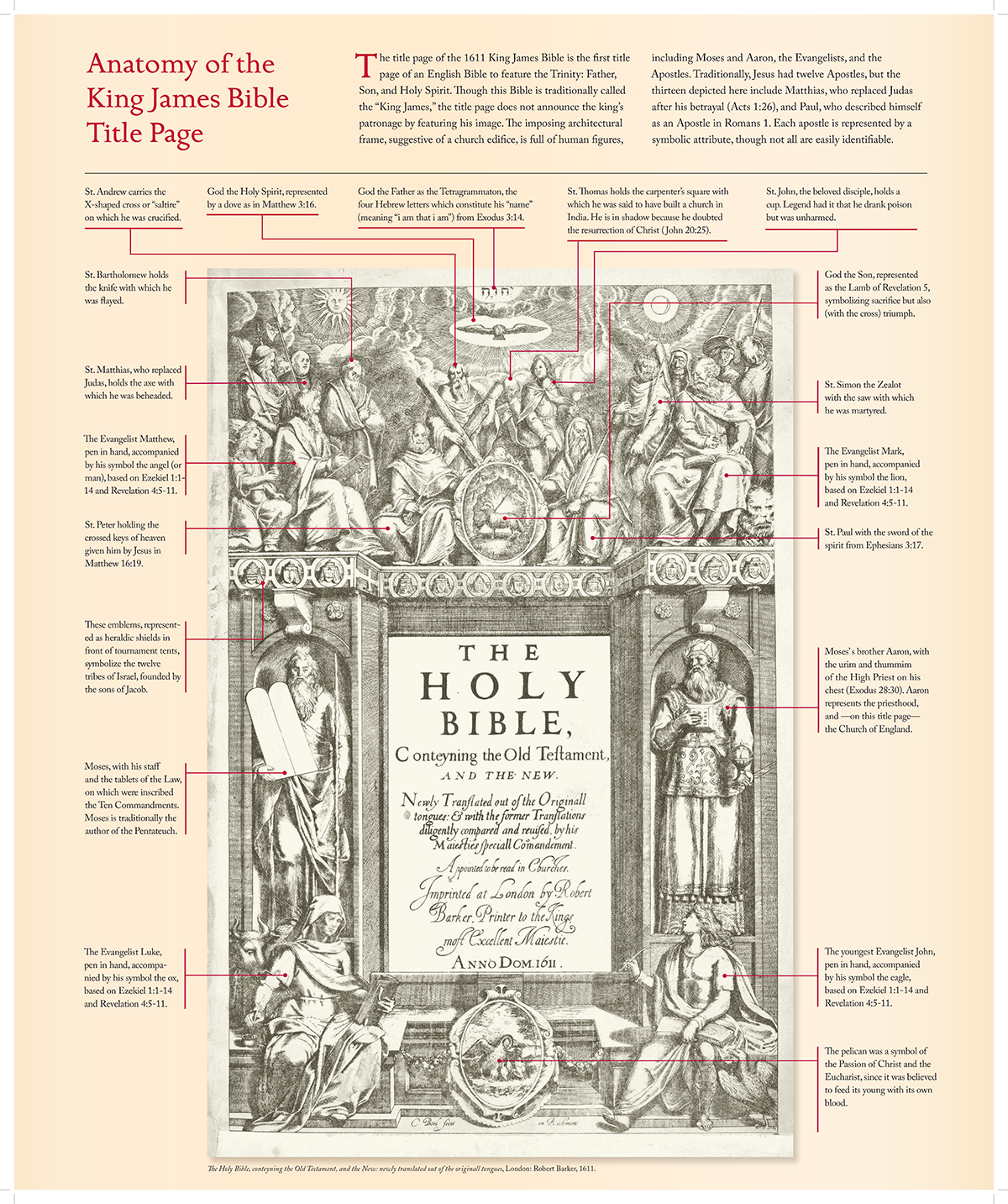