The 2D Capstone Course in the GDAD Program at the University of Texas at Austin occurs each fall, and challenges students to utilize all their new skills to create a final project. Undergraduates from the Center for Arts and Entertainment Technologies, Computer Science Department, and Radio-Television-Film Department were assigned to one of five teams, and each team developed their own unique 2D video game.

High school is tough… especially with a snake bun. Spektacles is a unique RPG that crosses 2D Visual Novel & Action genres. Play as Melita, the daughter of Medusa, as she tries to navigate the world of Norse High in hopes of wooing her crush, Irving, the headless horse-kid but be careful: high school isn’t all fun and games. Watch out for students that might not be so warm hearted…
Genre: Simulation/Rhythm Runner
Platforms: Mac, and Windows
Expected ESRB: E10+

A Murder of Crows
Birds of a Feather 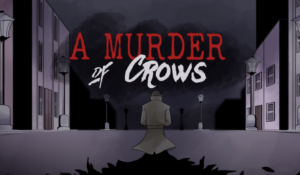 A Murder of Crows follows Crowley Corvo as he investigates the mysterious death of businessman James Elk by looking for clues and speaking with the inhabitants of Cawtham City. Take on the underground mob in turn-based, grid-based combat, and solve the case all while concealing your own dark secret– the fact that you are three crows in a trench coat!
Genre(s): Adventure, Strategy, MysteryPlatforms: Itch.io, Steam, AndroidExpected ESRB: T 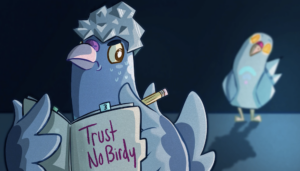 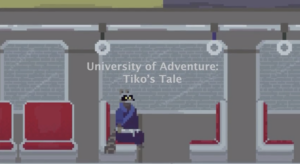 University of Adventure: Tiko’s Tail is an action-adventure platformer. You are put in the shoes of Tiko, an adorable raccoon, in order to discover secrets throughout the university and survive your exam. 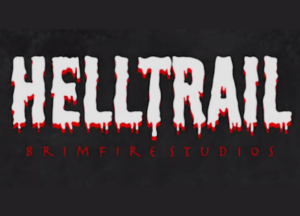 As the border between the afterlife and the mortal realm begins to weaken, the Divine has taken the opportunity to send a mortal, the only beings who can traverse both heaven and hell, to reclaim lost souls who have been improperly cast into the depths of Hell. In this action roguelike, guide Aiden as they travel through the first Circles of Hell to reclaim lost souls and defeat its most wicked demons. In the first chapter of the Helltrail saga, we will be traversing through Limbo and Gluttony on our way to fight the demon general of Gluttony, Hoggish.