The 2D Capstone Course in the GDAD Program at The University of Texas at Austin occurs each fall and challenges students to utilize all their new skills to create a final project. Undergraduates from the Departments of Arts and Entertainment Technologies, Computer Science, and Radio-Television-Film were assigned to one of five teams, and each team developed their own unique 2D video game. 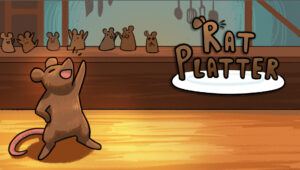 In the fictional city of Mascarpone, you and other rats have lived in harmony with humans for years by helping each other enhance the culinary experience — all until a new wave of chefs come to town. These chefs all despise the idea of rodents being in the kitchen, and take over all of the restaurants to force the rats out of your homes. Now, you’ll do whatever you must to turn the wretched eateries upside-down; starting from humble fast-food restaurants to the high-end Michelin Star restaurants. Evade the fury of the new chefs while you cause messes, start fires, and ruin meals in this 2.5D stealth puzzle/platformer. 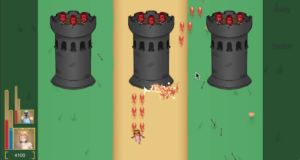 A determined princess and aloof cyborg cross paths when their timelines converge and must fight together through a medieval kingdom, a digitized city, and a chaotic void between space and time before their worlds are destroyed.

Switch between a tough, magic-wielding princess and a cyborg from a cyber-dystopian future, or join a friend for couch co-op in a vertically-scrolling 2D shooter as you shoot down waves of brutal enemies and utilize special time-bending abilities to gain the advantage and face the final boss! 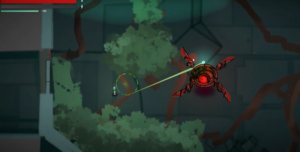 Orbot is a combat-focused action game where you play as Orbot, a robot who just got a new job at CloudNet, but things quickly take a dark turn as you realize to work at CloudNet you must be uploaded to a hive mind network. Outraged by this, you decide to fight back and destroy CloudNet. 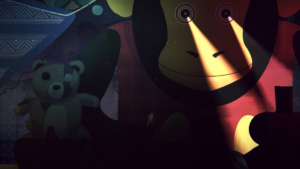 In the chest of toys lies a forgotten time…
In the memory of childhood lies a web of conflict…
In the escape from the past lies a fear of the future…
When you are cast into the Toy Box, you are forced to confront what you’ve left behind.

Escape the whimsical and oppressive realm of the Toybox while:
…avoiding toys who want you to stay forever
…confronting unique, decrepit toys filled with life and despair
…navigating through a dangerous terrain that inspires unease
But be wary, for there are some toys that are so long forgotten even they are outcasts in this dreamland. 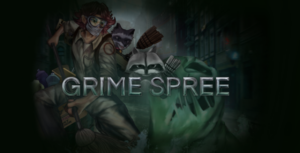 Grime Spree is a fast-paced sweep-em-up dungeon crawler where you, a crime/grime-fighting janitor, must shoot and clean your way through dilapidated, sci-fi city buildings completely infested with dirt and slime monsters.