The 3D Capstone Course in the GDAD Program at the University of Texas at Austin occurs each spring, and challenges students to utilize all their new skills to create a final project. Undergraduates from the Departments of Arts and Entertainment Technologies and Computer Science, as well as other departments across campus, were assigned to one of five teams, and each team developed their own unique 3D video game. 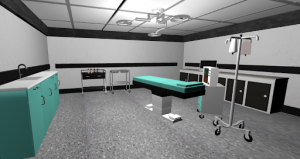 Ankhor is a Stealth Horror game best played in VR with HTC Vive. You play as surgeon finishing up their shift at the hospital when suddenly a deranged cult invade and take over to use the hospital and it’s patients to summon their their deity, Ankhor. It’s up to you to put an end to their ritual to prevent destruction and make it out the hospital alive while avoiding detection from the cult and other beings that lurk in the darkness. 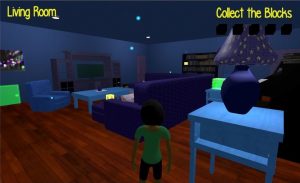 Delve into Emsy’s memories, progress through her life, and face her most difficult life challenges. Peer into windows of her past to understand her struggles and aide her past selves. Help Emsy gain a new perspective in this narrative puzzle game.

Play as a ghost and haunt the employees of the morgue in which your body rests. See what your spirit powers can interact with in the environment and watch your actions wreak terror on the living! 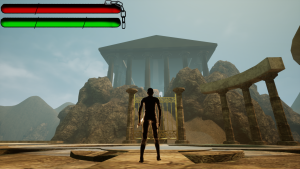 Your thirst for power has led you to make a pact with a demon, with your eternal soul as collateral.  Will you risk everything  fighting beings of unspeakable power to become the ultimate life form? 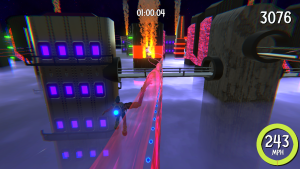 Randy has barely survived the Corruption, gaining a demonic arm in the process. He must defeat the beast and save the world, but to reach it he must ride along its limbs and avoid obstacles
with speed and style.