The 3D Capstone Course in the GDAD Program at the University of Texas at Austin occurs each spring, and challenges students to utilize all their new skills to create a final project. Undergraduates from the Departments of Arts and Entertainment Technologies and Computer Science, as well as other departments across campus, were assigned to one of seven teams, and each team developed their own unique 3D video game. 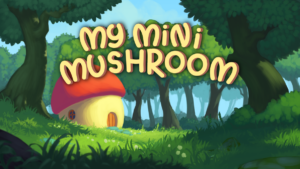 My Mini Mushroom is an adorable mushroom-themed pet simulation game. You and your cute little mushie friend can play with a variety of toys, decorate the mush house, play dress up together, and so mush more! In Mush Rush, a rhythm-based minigame, you can earn golden leaves to buy more things to make your mushie happy! 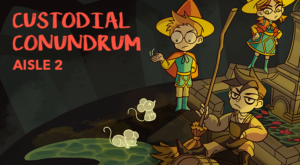 Custodial Conundrum is a casual stealth/puzzle game where you play the janitor of a medieval school of magic. You have been ignored for years and it is time to take your revenge. Sneak around the school, learn magic, and uncover the secret to finally becoming a wizard.

Genre: Stealth/puzzle
Platforms: Mac and Windows
Expected ESRB: E10+ (Everyone ages 10 and up) 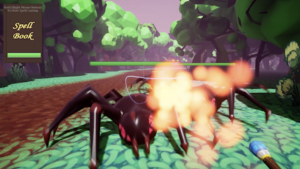 Assume the role of an amnesiac wizard— in VR! Draw out magical runes with the tip of your wand and unleash their magical power on your foes! Combine runes to discover dozens of spells as you explore the land of Memoria and embark on a quest to defeat the Dark Wizard. 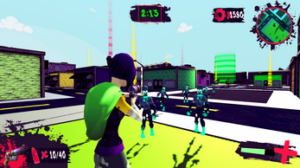 In the dreaded double-Apocalyptic future, run, shoot, and loot your way to victory. Evade or kill zombies and aliens in this over the top shooter set in the near future. Collect loot to upgrade your weapons to fight over ever more waves of enemies. 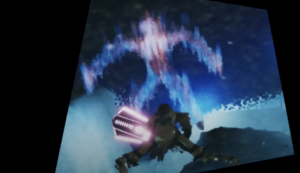 Inexplicably, acting as the marine assigned to the Xanzora incident, you venture onto the planet’s surface.  However, upon arriving, you realize that the planet as the celestial body begins to warp space and time, as well as your reality. 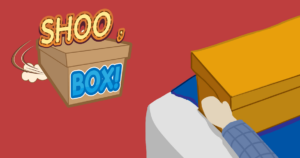 You’re a shoebox who loves its owner, but one day, they leave you behind in a hotel. You’ll do anything to reunite, even if that means growing legs and walking out the door! Use special abilities from shoes you find to solve puzzles in this heartwarming adventure. 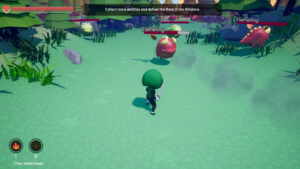 You wake up from deep slumber to be told that you are a powerful adventurer who must save the world once again. Unfortunately, your guardian spirit has allowed a tiny dragon to steal your powers and memories of what it’s like to be a great hero. Wander through a vibrant, colorful world where you defeat dragons, steal their magic, and save the world.